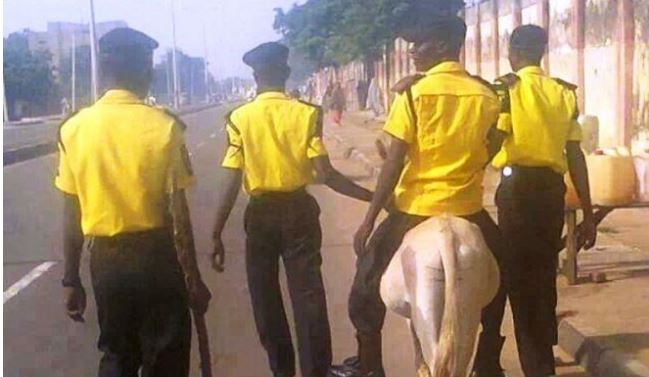 An early morning clash between officials of the Kano State Road Traffic Agency ( KAROTA) and members of the National Union of Road Transport Workers (NURTW) caused huge panic in the Kano metropolis on Wednesday.

Policemen attached to KAROTA shot into the air for about 20 minutes, with passers-by fleeing at the sound of gunshots and sign of billowing gun smoke.

It was gathered that the clash was a result of KAROTA officials’ attempt to stop NURTW members from loading their vehicles with passengers at the Zaria Road Roundabout.

In protest, NURTW members made bonfires and started yelling at KAROTA officials, who were accompanied to Zaria Road by policemen.