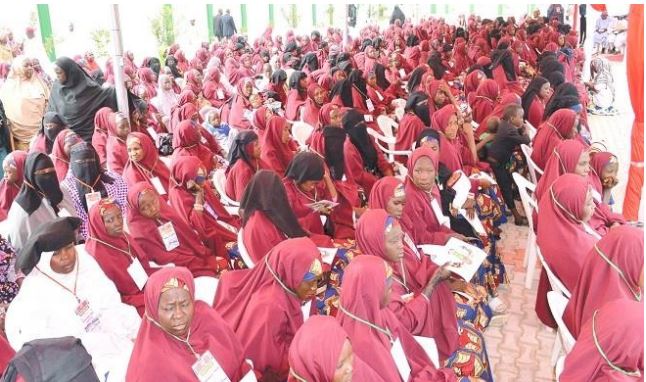 The Governor of Kano State, Abdullahi Ganduje, is set to marry off not more than 1,520 women under its mass wedding programme.

Disclosing this in an interview with newsmen in Kano on Thursday, the Commissioner for Local Government, Alhaji Murtala Sule Garo at a ceremony for the distribution of empowerment tools to youths under Ganduje Mass Economic Empowerment Programme (G-MEEP) said, funds for the first batch of the proposed weddings has been released and the second and third would soon be released.

Alhaji Sule stated further that over 4,000 prospected couples have been registered for the mass wedding by the Kano State Hisbah Board.

While remarking on the activities of the G-MEEP, the commissioner said that the programme had empowered over 2,000 youths so far.

He added that, “4,400 youths and 4,400 women would get assistance under the programme soon. Earlier, 3,500 youths have been empowered during the one year anniversary of the present administration.”