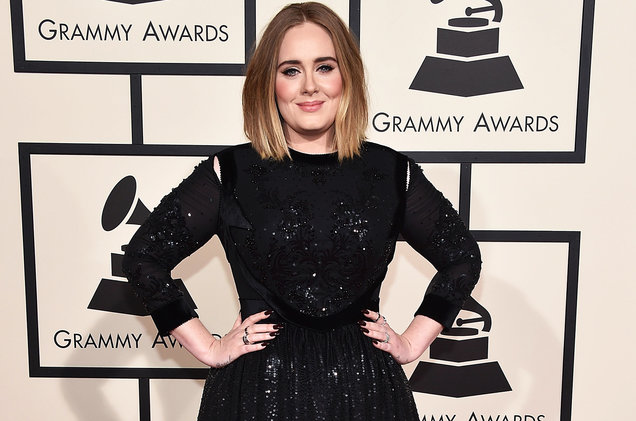 The award-winning British singer has revealed that her management team have taken over her verified Twitter handle @adele, and taken away her access to it because they thought she was too outspoken on the social media platform.

Adele is however now using a secret Twitter account after her management took control of her official one.

The mum of one disclosed this during a recent concert in Brisbane, Australia. According to her, she had set up a second one under a mystery alias so she can check the micro-blogging site without her team knowing.

“I was looking on Twitter last night. They don’t know I have a secret account, well obviously they do now because I said that. By ‘they’, I mean my management.

I’m not allowed access to my own Twitter because I’m quite mouthy and I say the wrong thing a lot of the time, so they took that privilege away from me.“

The ‘Rolling in the deep’ star recently sparked speculation she was pregnant with her second child after she posted a picture on Instagram of her singing in a bathroom. In the photo, she can be seen singing while clutching her stomach with her left hand.

The singer, who is married to partner Simon Konecki, has made no secret of her desire to give her four-year-old son Angelo a sibling.

However, she assured her fans she wouldn’t be getting pregnant until her tour ends.