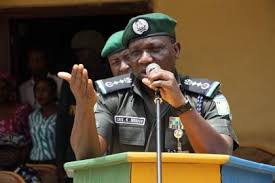 The Commissioner of Police in Bayelsa, Mr Asuquo Amba, on Thursday advised parents to monitor the activities of their children following increased involvement of teenagers in cult activities in the state. Amba gave the warning while presenting to newsmen 20 suspects arrested for cult activities and armed robbery within the past one month in Yenagoa.
He said that most of the suspects who were arrested were in possession of firearms. According to him, most of the suspects aged between 17 and 22 years are still in the custody of their parents.
He said,”Parents should be careful and monitor their children, to know when they come in and go out.”
He continued by saying  said , a lot of students were still in the custody of their parents while a few claimed to be university students.
The commissioner said that the command had renewed its crime fighting strategy by intensifying patrols and surveillance. He said that members of the public had been volunteering useful information due to the command’s community policing approach. “The strategy has paid off with the arrest of armed robbers, recovery of firearms , recovery of cars and the arrest of suspected cult members, just to mention a few,” he said.

Amba said the command had effectively tackled and brought frequent kidnapping under control,adding that the command was now shifting its attention to checkmate cult activities. He warned that anyone caught in possession of firearms in the name of cult activities would be prosecuted and dealt with according to the law.