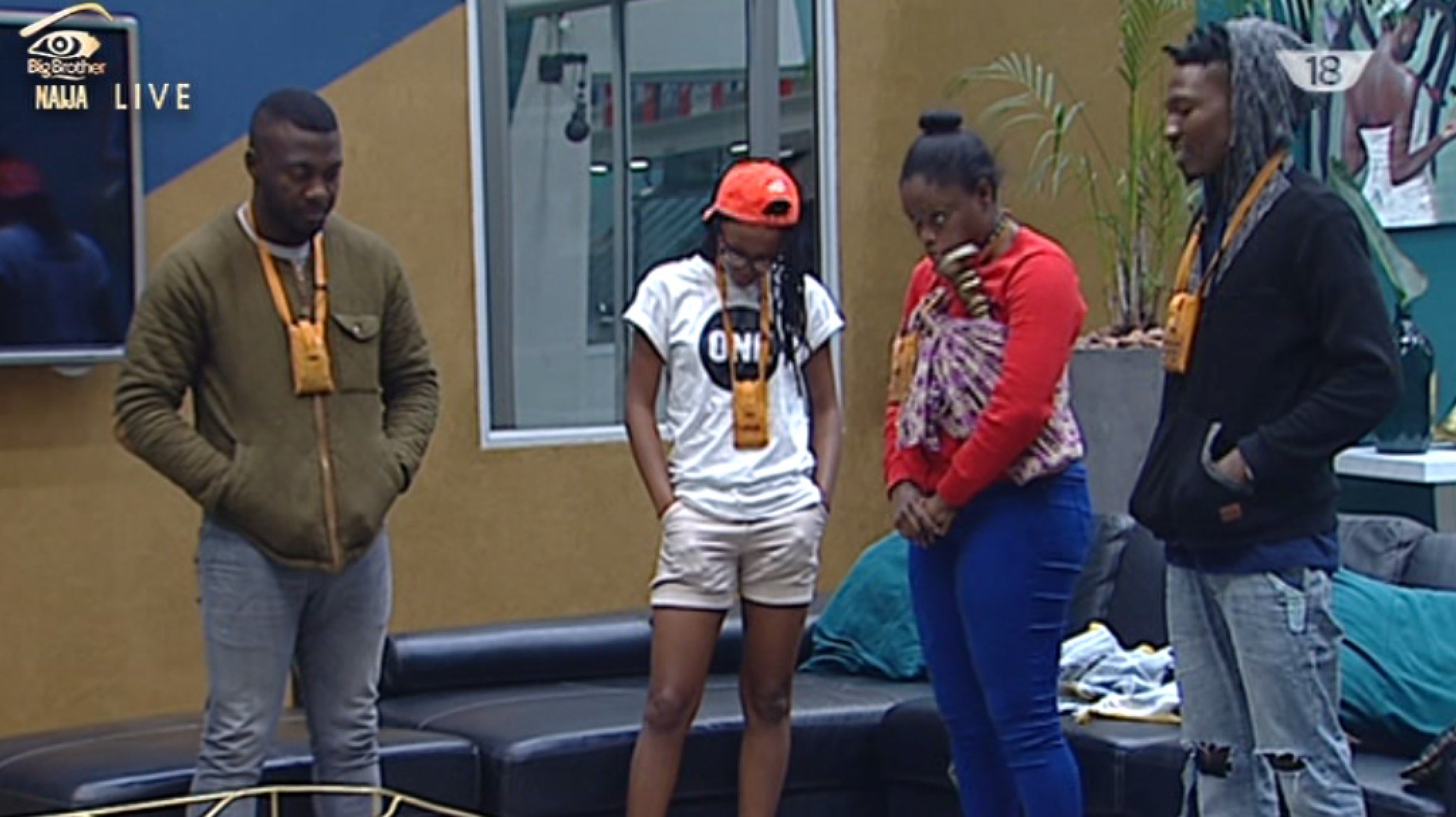 As the ongoing BB Naija reality TV show drifts into heightened finale tension, most especially after ‘Biggie’ announced that the housemates have been given permissions to conspire, the housemates are now successfully divided into cliques.

The Monday eviction nomination took place today and four housemates have emerged from the results. They are Bally, Marvis, Debie Rise and Tboss.

Bisola who also became the head of house today was given the opportunity to save and replace which she she did by replacing Efe with Bally.