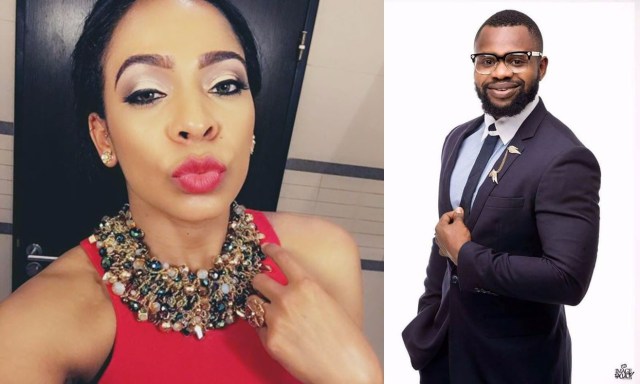 Recall, yesterday, Kemen got disqualified from the Big brother Naija show as a result of the sexual harassment meted on TBoss by him, though many people had reservations as to why he was kicked out and formulating that TBoss may have connections in the BBNaija House, and that’s why her “trouble finder and supposed irritant” was kicked out.

Video evidence has been released which shows that Kemen actually groped her while she slept. A close source to the family have come out to speak about the unfortunate incident which disqualified the Akwa Ibom born fitness trainer, and of course they are displeased with the punishment, Big Brother making Nigerians feel Kemen is a “pervert/rapist” and most importantly angry that TBoss couldn’t do anything to save the situation when she had the power to.

Remember, earlier after the sexual harassment incident, TBoss was called into the diary room by Biggie and questioned if she approved of what went down between she and Kemen, and she boldly said, “she didn’t give him permission”, well, that seems to be the bedrock and the basis of Kemen been ousted.

The source claims that the family is agitated that Nigerians are pouring their anger on Kemen on Social Media, saying all sorts of things about him. Also, he said that, if TBoss wasn’t comfortable or didn’t approve of what happened on that eventful night, how come she turned to the right without stopping or throwing tantrums. The source continued by saying, immediately Kemen is back to base, they might sue Big Brother for defamation of character and unlawful justice.

Furthermore, the source is of the opinion that, TBoss is like a sacred egg in the show and she might have one or two people who are in high positions in the country and have vested interest in the show, the family claims that Debbie Rise also did something similar to Bassey but wasn’t put in the chopping board bt how come Kemen is, because TBoss is involved?