American R&B singer, Ciara who is expecting her first child with husband NFL star Russell Wilson, was involved in a car accident in Los Angeles on Friday. 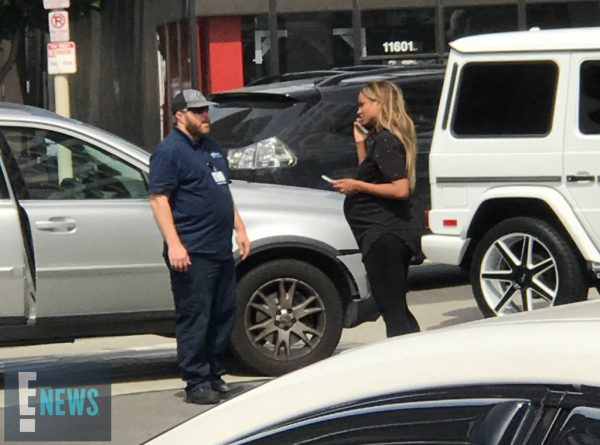 The “I Bet” crooner was driving a white Mercedes SUV when she tried to make a left turn and a gray Volvo T-boned her vehicle on the passenger side, source confirms. Photographs at the scene show Ciara talking on the phone immediately following the accident. Our Sources confirmed that neither Ciara nor the other driver sustained any injuries. Los Angeles Police Department tells us that a traffic unit arrived on the scene to assist both parties in the exchanging of contact information. and there will be no investigation. 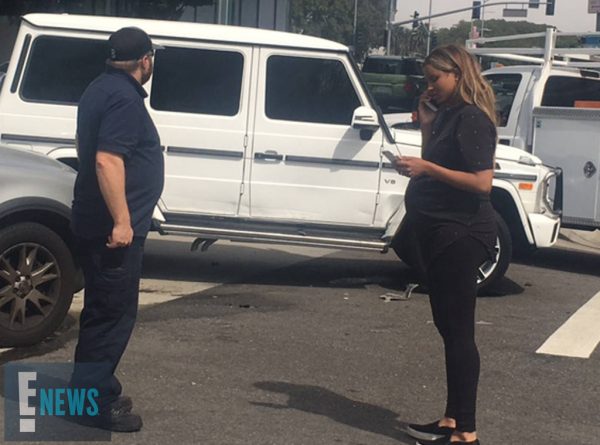 “Thankful For Gods Grace, and Amniotic Fluid,” she had shared with her Twitter followers Friday evening.

Her rep tells E! News that “Ciara and the baby are doing well, the driver was illegally in the bus lane and hit the right side of her car.”

An eye witness also narrated that, Ciara appeared “calm” while the other driver seemed way more stunned. “They shook hands and were nice to each other it looked like, no drama,” the witness shared. “Ciara wasn’t crying or panicked or anything.”

Ciara hasn’t revealed her due date, but she did joke to HarpersBazaar.com that she will be delivering two babies: her unborn child and an upcoming album.

She is already a mom to son Future Zahir, whom she shares with ex Future. The singer and rapper called off their engagement in a messy split, but she since has found complete bliss with her NFL hubby.