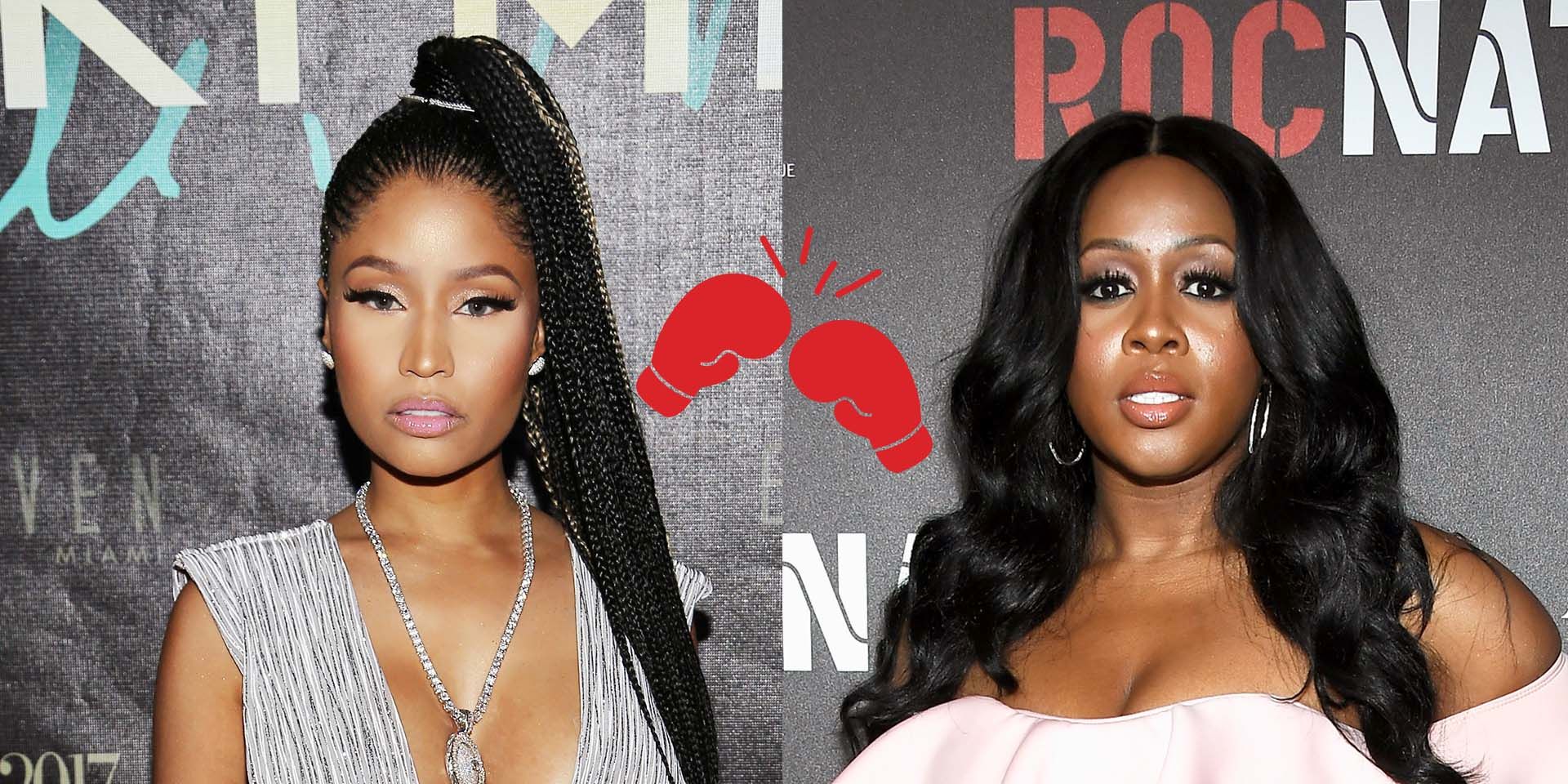 This epic beef between Nicki Minaj and Remy Ma started a while back, but this latest bit fueled it more when Remy released “ShETHER,” a seven minute long diss track all about Nicki.

Remy went after Nicki’s alleged plastic surgery, her relationships, her talent (or lack thereof). She even mentioned her brother’s child sexual abuse charges.

Remy further explained in an interview with Wendy Williams that her issues with Nicki are about her “behind the scenes” behavior. Basically, she claimed that Nicki had been trying to sabotage her career by trying to block her from red carpets and award shows, and by convincing others to give her music bad reviews.

According to a source who spoke with Hollywood Life, “Remy’s laughing at Nicki’s so-called response to ‘ShETHER. If that’s the best Nicki can do, then Remy feels sorry for her.”

“The track and vocals were weak AF and didn’t even come scratching Remy’s face, let alone kill her like ‘ShETHER’ did,” the source continued.

“Remy thinks Nicki should hop back in the studio and try to come harder.”

As for Nicki’s claims that Remy’s nothing without her, that she wouldn’t be seeing any success or attention without bringing Nicki’s name into it, the source says this: “Remy’s said it before and she’ll say it again, she don’t care about the numbers or high something charts in mainstream. Her loyalties are to the game and the streets, and both of them don’t respect Nicki.”