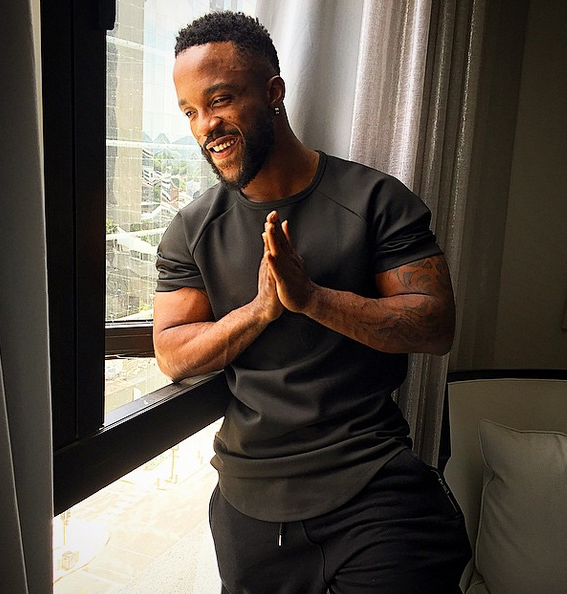 Nigerian singer and performer, Iyanya who rose to fame after winning the first season of Project Fame West Africa in a recent interview with Tofaraji Ige discussed about his career and other issues.

You’re set to drop an EP, what should fans expect in it?

Expect 12 tracks of good music. You will be hearing a brand new Iyanya and brand new sounds.

Why did you decide to join Mavin Records instead of setting up your own company like many other artistes?

I refuse to do the normal thing and that’s why I joined Mavin Records. At that point, my problem was not a label because I had just left one. I wanted to be in a place where I could focus on music for a couple of years before I run a label. I’m not in a rush. For the people out there saying they thought I would start my own label, I’m sure most of them cannot run a company on their own.

What has been your experience with Mavin Records?

I have no regret. We’ve just been working and having good times. I’m so blessed and honoured to be working with Don Jazzy. I’ve actually learnt a lot.

Why did you leave MMMG because many thought you’re a co-owner?

Yes, I was a co-owner. But I left MMMG because my contract was over and there were no plans to renew. We knew that after that contract, everyone would go their different ways.

So you mean you didn’t quarrel with Ubi Franklin?

Why should we quarrel? Everybody has issues and that includes Ubi and me. But we didn’t break up because we fell apart. It was just time for me to leave.

Which of your songs is the most memorable for you?

Kukere. After that song, I’m usually not bothered about what people say about my songs because nobody liked Kukere initially. Everybody who listened to it didn’t think it would be a hit song but it went on to become one of my biggest songs.

Were you tempted to give up after your first album didn’t do so well?

That was also the time I lost my parents, so I was down. But the loss of my parents spurred me on and I was determined to make their memory proud. It was the grace of God and music that kept me through that period.

What’s the craziest moment you’ve ever had on stage?

I have had a lot of them including girls grabbing my balls. Most times, I return from shows with scratches on my body. However, I would not trade it for anything because it is what makes me who I am.

How often do you work out?

I do that almost every day and I try to eat well too.

A deputy governor once castigated your dancers for dancing raunchily, do you feel like you sometimes go overboard?

I know that happens but that doesn’t make me a bad person. I’m a musician and performer who is only doing his job. I like to be myself whenever I’m on stage and I don’t pretend.

You’ve been romantically linked with a lot of ladies, which of those are actually true?

I’m sure nobody has heard about me and any woman in the last two years. Yes, I’ve been in relationships with about two people you guys know about but that’s all in the past. Even if I’m going to get married, I would keep it away from the media. My last relationship was safe for three years till it became public knowledge. When people know who you’re in a relationship with, they start to say all sorts and this causes friction between couples.

What actually went wrong in your relationship with Yvonne Nelson?

It was just one of those relationships that didn’t work because it couldn’t work. It’s not like she’s a bad person and I’m not a bad person either. However, I’m happy that we still have a nice relationship and we keep in touch.

Do you think it’s okay for entertainers to date?

If you’re ready for all that madness, then you can go ahead. If you’re dating a famous person, don’t expect the relationship to be like the one where the person isn’t in the public eye. Besides, entertainers don’t have regular schedules and we don’t have a lot of free time at our disposal. You must also be ready to see such people hugging, kissing strangers and if the person is an actress, they would even have to fake lovemaking because it’s part of their job. So many times, girls have approached me while I was with my girlfriend, and they would tell her to take pictures of us together. Anybody that isn’t comfortable doing that can’t date me. Before you met me, my fans were there. And that’s why I’m not in a relationship today because it’s difficult for most people to understand.

I don’t know. If a woman makes me happy and she looks good, then I’m okay.

What would you say is the biggest thing music has done for you?

Music has done all the big things for me. From being a choir master at the age of five to doing jingles for my state at the age of 14 and working as a karaoke attendant at the age of 18. I was already making money from music before I became famous. Every big thing that has happened in my life has been because of music. The first time I performed before a huge crowd was the first-ever Calabar Carnival hosted by the Donald Duke administration and that was where I was discovered. While I was doing music in my home state, I met lots of stars such as P-Square, Styl-Plus, 2face, and many others before travelling to Lagos for Project Fame.

Apart from music, what other interests do you have?

Business! Anything that brings money.