A missile launched in North Korean has failed, the statement was released by the South Korean defence officials 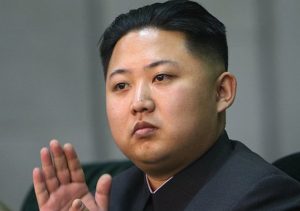 , but it is unclear how many were fired or what exactly was being tested.

The US military said it detected a missile which appeared to explode within seconds of being launched.

North Korea is banned from any missile or nuclear tests by the United Nations.

However, it has conducted such tests with increasing frequency and experts say this could lead to advances in its missile technology.

This test came from the eastern coastal town of Wonsan and will be seen as a response to annual military drills under way between the US and South Korea, which the North sees as preparation for an attack on it.

North Korea is believed to be developing an intercontinental ballistic missile that could strike the US, and has previously claimed it had successfully miniaturised nuclear warheads so they can fit on missiles.

However, most experts believe the North is still some time away from being able to realise such a goal, according to the BBC