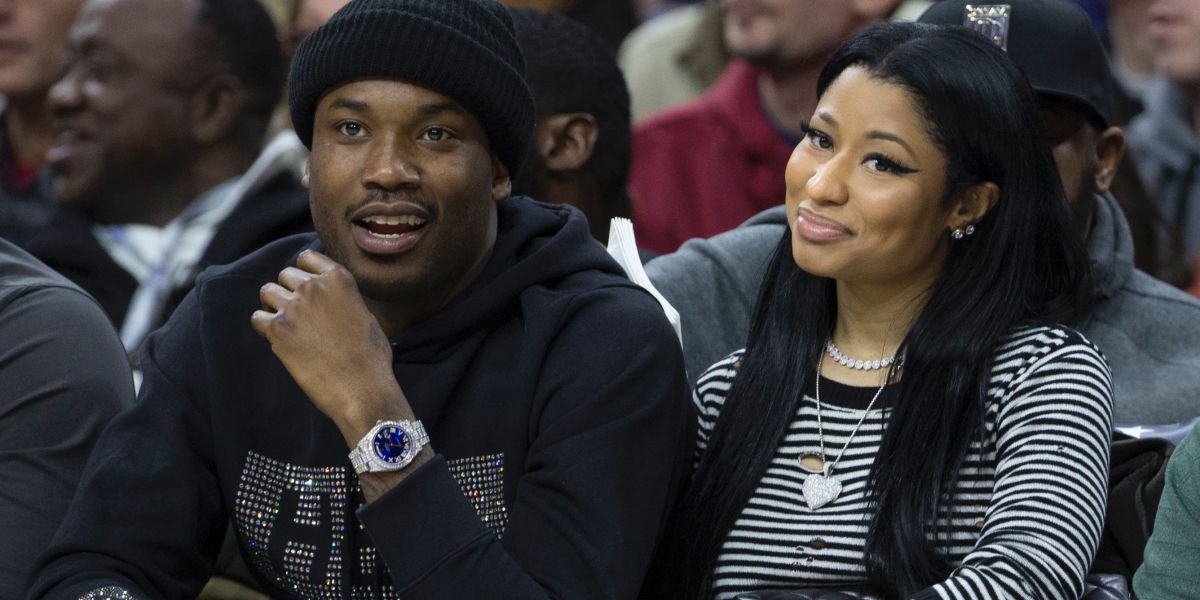 Nicki Minaj and her ex-boyfriend, Meek Mill continue to fuel their feud as the latter has vowed to expose her dirty secrets.

Meek Mill’s position comes after his label boss, Rick Ross took a jibe at Nicki Minaj in his latest single, ‘Apple of My Eyes,’ as he revealed that he warned Meek Mill against trusting the female rapper who was in the same camp with Drake.

Meek Mill who took to his Instagram page to allege that Nicki Minaj has been paying some people off to destroy his name claimed he would expose the rapper’s dirty secrets.

Meek Mill called out his ex along with popular blog ‘Baller Alert’ as he denied the ‘discredit’ dished his way by the popular blog which claimed he wasn’t performing at the concert which boasted of 2,300 people in attendance. 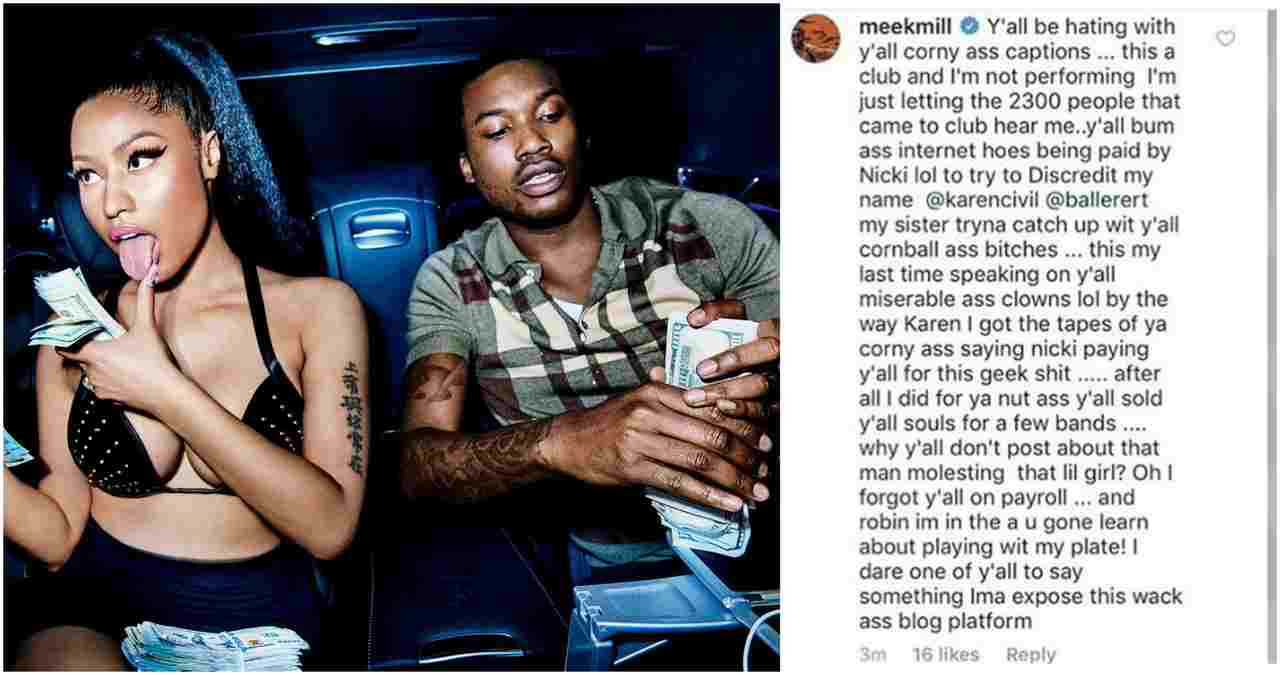