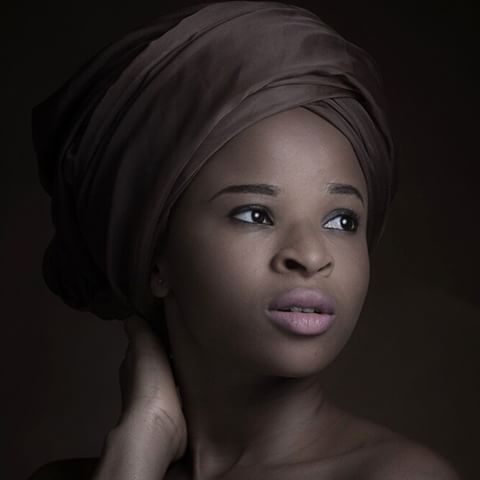 Speaking ,with Saturday beats , the Hustle star said the was very ‘uncomfortable’ but she had to do it because she wanted to be believable.

“I have kissed in a movie and I didn’t feel cool with it but I had to do it. It was the most uncomfortable thing I have ever done. I thought about it and I had to do it even though it wasn’t a French kiss.”

As much as she has kissed in a movie, Deborah said there are certain roles she would not take. “I know I will not expose my body. It is a job but I mustn’t do all jobs. I have to think of my reputation and decency.”

At the moment, Deborah has become the toast of many especially with her role in the TV series, Hustle. No wonder she won the Africa Magic Viewers’ Choice Award, Best actress in comedy category. And while reliving this feat, the young actress said she is overjoyed.

“The feeling is indescribable. I was highly elated when my name was called as winner. I was in a category where there were people like Kate Henshaw, Shola Shobowale and other veterans. I didn’t see myself becoming the winner. But I was so super excited when I was declared the winner. I have yet to get over the excitement. I solicited for votes and people really voted for me. This is a big boost to my career.”

Talking about how she got to be a part of ‘Hustle,’ Deborah said, “Someone told me about the auditions and I went. Thereafter, I got a call to come back for another audition. I had to go for so many readings before I was chosen to play this character.

“I have been acting for five years but I have been off and on. While on ‘Hustle,’ I have not had time to take other jobs. We work every day. I am glad that people now believe in my talent. ‘Hustle’ has given me an edge.”