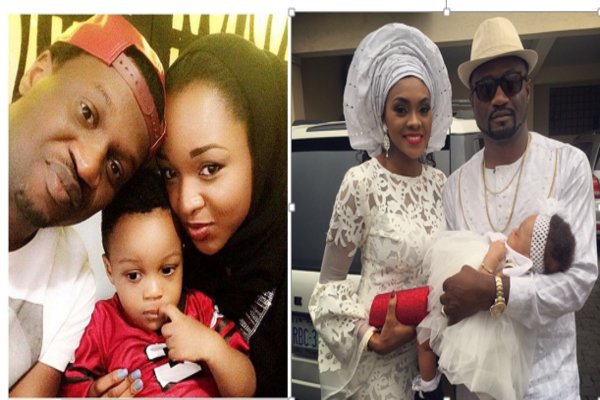 PSquare’s half duo, Paul Okoye and his elder brother, Jude Okoye, are allegedly set to become dads for the second time!

According to SDK, the wives of both brothers are pregnant and expecting their second children. Anita, wife of Paul, is reportedly pregnant with twins and is currently in the US awaiting the birth of her new babies.

Anita and Paul got married in 2014 after 13 years together and the couple is blessed with a 3-year-old son, Andre. It was only a few days ago, Anita took to her Instagram to celebrate their wedding anniversary and now their family is reportedly growing.

Meanwhile, Jude already hinted that he and his wife, Ify will be having another child soon during his daughter’s 1st birthday. Well, it looks like the couple, who also got married in 2014, meant business. Paul’s twin, Peter already has two children, a boy and a girl.

The Okoye brothers are apparently on a roll!