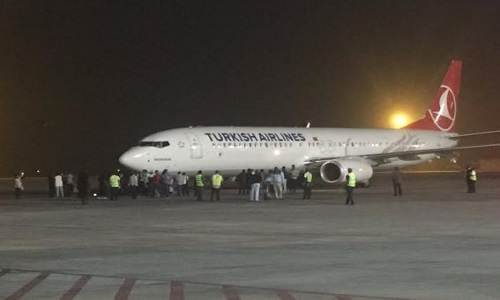 The two-month deadline given to domestic airlines to automate the remittance of the statutory five per cent ticket sales/cargo sales charge ends on March 31, the Nigerian Civil Aviation Authority, NCAA, said on Thursday in Lagos.

Sam Adurogboye, the General Manager, Public Relations of NCAA, said at the expiration of the new ultimatum on Friday, the agency would not hesitate to deal with defaulting airlines.

The NCAA had on January 31 shifted the ultimatum to end of March at the instance of the Airlines Operators of Nigeria (AON) at their earlier meeting with its Director-General, Muhtar Usman.

“Failure to comply will be viewed seriously as the authority will be forced to invoke the necessary provisions of the law against defaulting airline(s).

“The five per cent Ticket Sales Charge/Cargo Sales Charge, an internally generated revenue to NCAA and other agencies as enshrined in the Civil Aviation Act 2006, is not a tax or levy on the airlines.

“It is a charge paid by passengers for services rendered towards the development of the aviation industry in Nigeria,” the spokesperson said in a statement.

He said the introduction of the Aviation Revenue Automation Project (ARAP) for revenue collection was to aid data integrity, transparency, transaction accountability, controls and revenue assurance.

Mr. Adurogboye said the collection of the charges by the airlines was a unanimous decision at the 2001 Civil Policy Review.