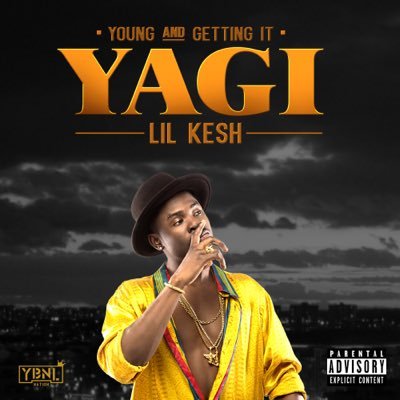 Keshinro Ololade popularly known as Lil Kesh is a Nigerian singer, rapper and songwriter. He rose to fame after his chart-topping song titled “Shoki“.

Lil Kesh born and raised in Bariga started his music career in 2012 while rapping among his peers in Bariga until he released ‘Lyrically a single that quickly became popular.

He was formerly signed to YBNL and  is currently signed to his record label “Young and getting it” YAGI. In 2015, he was nominated for the Best New Act to Watch category at the 2015 Nigeria Entertainment Awards.

The “Gbese” crooner  was also nominated for the “next rated” catergory of  “The Headies Award” 2016. He however lost to Mavin Records, Reekado Banks and this stirred alot of controversies as most people expected Lil Kesh to pick up the award.

The rapper is a year older today and we celebrate with him.