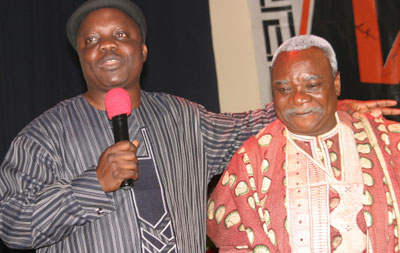 Legendary actor  and producer of the popular sitcom, New Masquerade, that ruled the Nigerian  airwaves in the 80s and mid 90s, Chika Okpala, a.k.a Chief Zebrudaya and rising actress, Somkele Iyamah-Idhalama emerged the big winners at this year’s edition of the Africa Magic Viewers Choice Award, AMVCAs, which held weekend, with each walking away with a brand new Sports Utility Vehicle, SUV. Dr Uduaghan and Chief Chika Okpala , a.k.a. Zebrudaya Chief Okpala, who has sojourned in the entertainment industry for over four decades was honoured with the Industry Merit Award for his contribution towards the  development of the film sector in Africa.

Also, rising actress, Somkele Iyamah-Idhalama who is known for her roles in Dream-walker,  93 Days, The Wedding Party and The Arbitration, among other movies also smiled home with an SUV, having won the Trailblazer award. 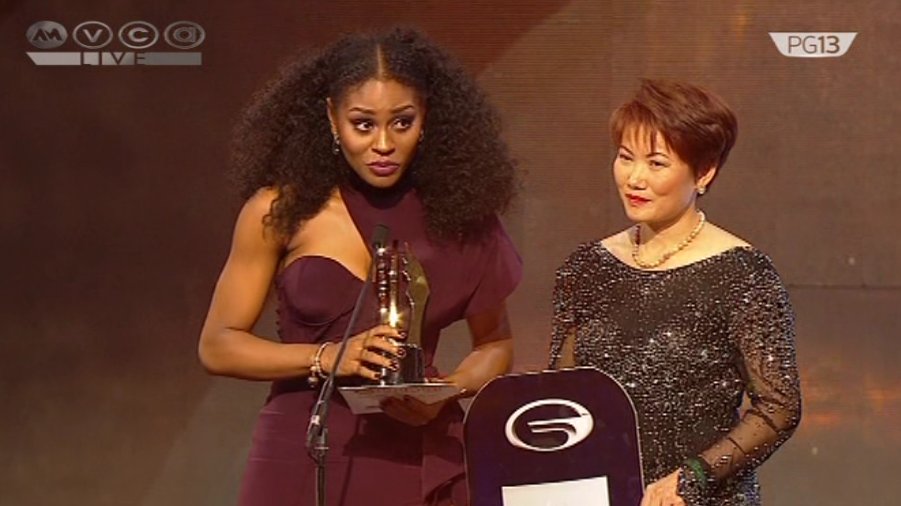 Other big winners on the night were Funke Akindele who  won two awards, Best Actress (Comedy) and Best TV Show for her sitcom, Jenifa’s Diary; Rita Dominic won Best Actress (Drama), Ebele Okro Onyuike-Best Supporting Actress, for her role in Four One Love,  Rotimi Salami -Best Supporting Actor  for  his role in Just Got Married and Bishop Umoh – Best Actor (Comedy) for his role in The Boss is Mine.

The honour was bestowed on the veteran comic-actor, few days after the 5th anniversary of the death of James Iroha, popularly known as Gringory, the creator  of the New Masquerade. In his acceptance speech, Chief Okpala expressed huge surprise at receiving the award. He made a joke about the Member of the Order of the Niger, MON, national award he received from the Nigerian government, saying; “It was M.O.N without the E-Y.’’