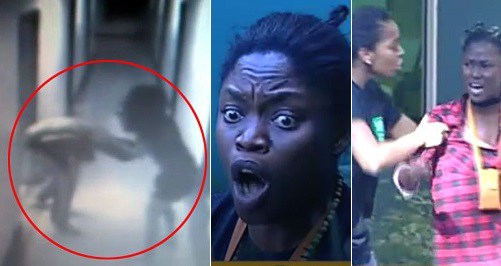 BB Naija housemates, Bisola and Debby-Rise who were involved in a  huge quarrel yesterday after the latter made changes to the task which was set for the house, were reported to have fought dirty later in the night.

Recall that Bisola went off the rails yesterday as she said: “Don’t tell me to keep shut. I will talk and say anything that I want to. Close your fucking ears, be deaf. You cannot tell me to stop. Why are you telling me to keep shut?”

The du who had a heated exchange of words further went into a fist cuff which was caught on camera.

Hours after the duo engaged in the heated war of words, watch the video of what happened later in the night: