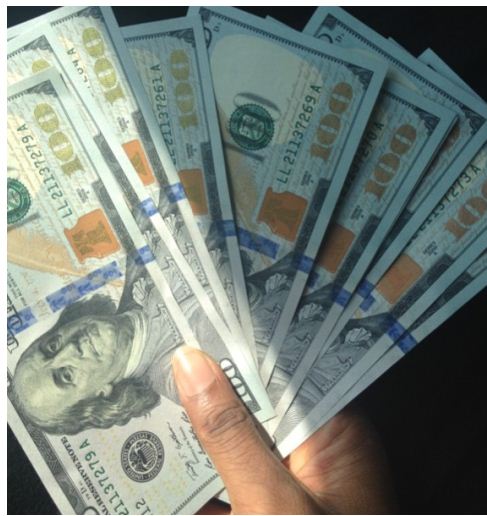 The Central Bank of Nigeria (CBN) resumes this week’s foreign exchange market intervention today with a disbursement of $240 million.

Of the sum, $90 million is for invisibles – business/personal travel allowances, medical, school fees, among others, while $150 million goes to interbank wholesale auction window targeted at real sector operators.

The move, meant to stabilise the interbank market and weaken speculators by strengthening the naira at the parallel market, would also help to return all rates to near convergence.

CBN’s Acting Director of Corporate Communications, Isaac Okorafor, who confirmed the development, added that the apex bank had adjusted the planned sale of dollars to bureaux de change (BDCs).

According to him, the bank now offers dollar auction to the BDCs only on Tuesdays to reduce logistical difficulties, while they will, from today, be offered $10,000 each for resale to end users.

To ease access to customers, he confirmed that the CBN had directed banks to make cash available to desirous foreign exchange customers at over-the-counter transactions.

Warning commercial banks and other dealers against sabotaging the efforts, he advised customers to report infractions to the CBN through 07002255226 or email to cpd@cbn.gov.ng, with the name and branch of the bank.

The financial institutions had mid last week refused to sell dollars to some customers seeking to buy forex for business/personal travel allowances, medical and school fees, citing insufficient allocation. But the apex bank described the claim as false.

The CBN has in the recent months made offers and releases to the inter-bank foreign exchange market in its bid to sustain forex rule supply to different categories of users.

Meanwhile, the South Africa-based Renaissance Capital has insisted that the resultant convergence of the interbank and parallel rates, coming after six weeks of foreign exchange injections, was a precursor to a devaluation of the naira with the NGN350-390/$1.

“CBN’s fixation on a stable foreign exchange rate implies it will need to sustain its interventions to contain the parallel market premium. We estimate reserves will begin to fall when the CBN’s quarterly injections exceed $3.7 billion.

“We consider this ‘convergence optics’ a signal that a naira devaluation is in the offing. In reducing the parallel market premium (N380/$ vs. N520/$), we believe the CBN is hoping the market is now less inclined to think the naira should be at NGN500/$.

“Nigeria’s oil receipts – the country’s biggest source of foreign exchange – by far, will be a key determinant of how much the CBN can inject into the market, while keeping reserves flat,” the sub-Saharan Africa Economist at RenCap, Yvonne Mhango, said.

However, based on assumptions of oil price projection of $55 per barrel for 2017 and the current level of reserves, the apex bank is reiterating its readiness to sustain efforts at stabilising the local currency and prices nationwide.