Being Live-in lovers appears to be sight not to be accepted in Katsina state. Two adult love birds chose to live together but the community believes its a taboo!

Ikenna Adol Madu, another corper explained that the cohabitation between the victims angered their neighbours who considered as people offending Allah.

There were deep cuts on the head of the male victim, while the female had her thumb severed from her hand.

This action has generated widespread criticism from NYSC members who condemned the behavior of the residents.

Neither the NYSC state coordinator nor the state government has issued a statement on the matter. 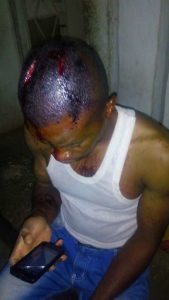