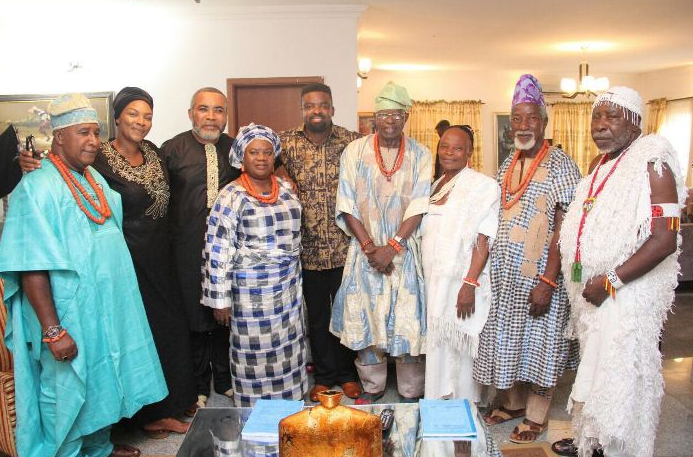 In what appears like a first step at reconciling top members of the Yoruba film sector who have been divided along professional association line, notable filmmaker Kunle Afolayan is making good is promise by casting the ‘sworn enemies’ in a film production, currently ongoing in Ilorin, Kwara State.

Recall that young Afolayan promised to reconcile the factions during the 20th Anniversary celebrations of the passing of his father, the iconic Ade Afolayan (Ade Love) which took place in Lagos and Agbamu, Kwara State, last December.

The star-studded ‘Stella and Oba’ is being handled by Golden Effects Productions and directed by Kunle Afolayan for filmmaker, Lasun Ray, who is a beneficiary of the Bank of Industry’s NollyFund loan scheme.

In what seems like an all-inclusive Nollywood production, Orji of the Actors Guild of Nigeria (AGN) and Mba of National Association of Nigerian Theatre Arts Practitioners (NANTAP) are also in the fold.

It is the fourth film being directed by Afolayan this year, coming shortly after the completion of ‘Roti’, ‘Omugwo’ and ‘Tribunal’.