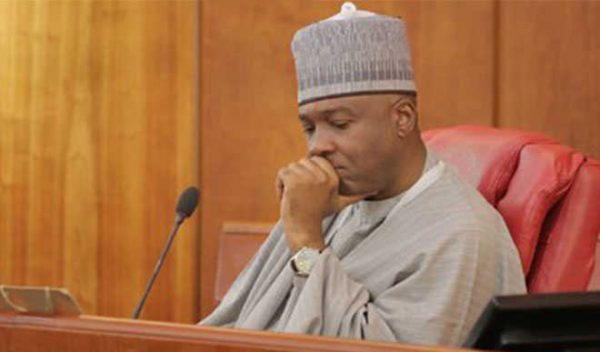 Senate President, Bukola Saraki has vowed to provide a breakdown of the earnings of each lawmaker.

He stated this while speaking in an interview with Arise TV.

“But when I came in, I said we were going to change that and make it transparent. We hoped that we could have done it in 2016, but in 2015, unfortunately, we did not settle down as a united Senate as quickly as we could.

“But now that everything is fine, the National Assembly’s budget will be transparent. Nigerians will know what every member receives.

“By the time the budget is passed in the next few weeks, we will make it public and it will be to our advantage, because we hear statements like National Assembly members are the highest paid, because what people do is to take the budget and divide it by 469 members and arrive at our salaries.