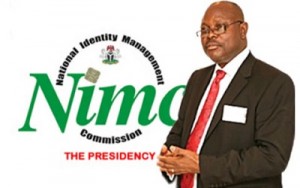 has told the residents o said there are about 10,000 uncollected National Identity Smart Cards in Cross River State.

In a radio interview in Calabar on Saturday, the Head of NIMC in Cross River State, Mr. Godwin Odey, explained the challenges in the process of getting a comprehensive database for Nigerians.

He said, “We started registration in Cross River State in 2012 and so far, only 30 per cent of the population registered in the state. The estimated population in the state is three million and we have faced challenges of logistics and poor funding. There are over 10, 000 uncollected national identity cards in the state.”

He added that all residents of the state were supposed to be captured as the identity card could be used as a form of identification outside the country.

Odey also noted that minors could register but would have to wait until they attain the age of 16 before the card could be given to them.

Revealing that all databases were currently being harmonised, he stressed that the new identity card was different from the ones issued by the President Olusegun Obasanjo administration.