Leader of the Indigenous People of Biafra, IPOB, Mazi Nnamdi Kanu has said that contrary to insinuations in some quarters, he does not intend to be President when the Republic of Biafra was eventually actualized.

Kanu told Vanguard that he always preferred to operate from the background, pointing out that if the pioneer leader of the Movement for the Actualization of the Sovereign State of Biafra, MASSOB, Chief Ralph Uwazurike had remained consistent with the struggle, he would not be doing what he is doing with IPOB. 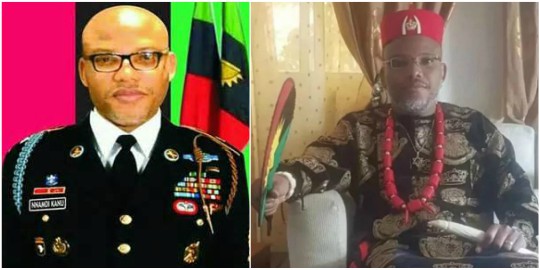 Insisting that the actualization of a Republic of Biafra was a foregone conclusion, the
IPOB leader said he also sympathized with the South East governors and some other political office holders’ position on Biafra, attributing it to their fear of losing their positions and political relevance in Nigeria.

He, however, said the fear being entertained by such Igbo leaders was neither here nor there because the Biafra Republic would be founded on the principle of justice, equity and fairness.

He was also happy that some Igbo leaders were already identifying with the struggle and encouraged them to remain steadfast.

“The Biafra Republic is almost here with us. Even if one is from Sokoto, he can be a Biafran once he believes in our value system of equity, justice and fairness.

“Biafra will be a home for all people who agree with our values, whether you are from Kano or Sokoto.It will be a place for good things for good people. Therefore, those who are distancing themselves from the Biafra struggle will regret it. If you don’t join the struggle, you will be irrelevant in the end because Biafra Republic is sure.”

Kanu described Afaraukwu -Umuahia where his father is the traditional ruler as being part of the headquarters of Biafra where the late Chukwuemeka Odumegwu Ojukwu had the popular Ojukwu bunker and operated from till the end of the Biafra war, adding that there was therefore no way he would abandon his father’s land which served Biafra in time of need.