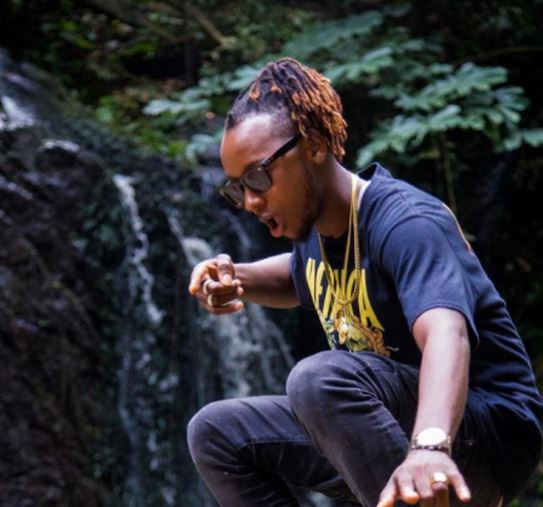 Popular Nigerian musician, Yung6ix has opened up about his life and the terrible dangers he has faced in the past.

Growing up in Warri, Delta State has made fast rising act, Youg6ix what he is today. Rather than allow himself to be consumed by the violence that infested the city, he discovered music, left home for Lagos and everything fell into place.

In this interview, the musician opens up on his career and journey so far.

How did music begin for you?

I started dancing first; I used to love Michael Jackson a lot. From dancing, I fell in love with the music I was dancing to. Back then in Federal Government College, Warri, when you got to a certain class, you would have to get involved in one social activity or the other. For the ladies, they would teach you how to cook and for the boys, they had other things. So, I joined the Boys Brigade.

I would always go back home to learn how to play the drums and when I got bored playing what I was taught in school, I would start playing 2Pac songs, Biggie songs. From that time, I started rapping songs. After rapping these artistes’ songs I wanted to rap something new, sing something new and I wanted to hear something new on that beat. From there, I started coming up with my own lines and lyrics. I later found out that there were other students that loved singing too. That was how we started a group called ‘Full Clip’. We took part in competitions and I somehow became the best rapper and I was very popular in the secondary schools in Warri.

Everybody knew that there was one Warri boy who could rap. That was how everything started and I kept moving on. When I stepped off the stage, all I thought about was the next stage. That was how I kicked off.

Who are your greatest influences?

I am highly influenced by Don Jazzy. I look up to him. I believe in making the right moves because it worked for him. Also, I learn from his mistakes. I learn from my own mistakes too.

I won’t say that growing up in Warri was bad. My family was okay; we were doing fine but it got to a point that we lost everything. So, growing up was kind of two-sided; the good times and then the bad times. However, growing up into a teenager and disconnecting from your parents when you feel they no longer understand you was a different part of my life. I found music and I disconnected from my family. I felt there was something I needed to embrace when my family was not there. And Warri was very violent; I got shot a couple of times. I was stabbed; robbed, many things happened to me. I am grateful I grew up in Warri because if I had not grown up in Warri, I would not have been as wise or smart or even become what I am today. Because of the vibes the street gives, if you can make it out of that place, then you can be successful anywhere.Warri is full of goal- getters; that’s why most people don’t mind doing what they need to do to get to the top. It’s not easy.

Were your parents in support of your music career?

My parents were not in support, but most of the boys who were part of my crew when I first started rapping were like ‘what are you doing? They were asking if my career was going to work. But I always had this belief that

I was different. When I go to places and they hear my voice and music, they always say I am different. I held on to those positive vibes above all the negative vibes. Then I started doing things that would make people like me. I kept going until it got to this point.

How was the journey from Warri to Lagos? I guess you came on your own?

I came on my own, but I came with a few people including my producer, Yungx and a guy. We were in the studio one night in Warri and we were discussing; we were like ‘how much is transport fare to Lagos?’ We discussed and later concluded that we were coming to Lagos. So, the next day I told my mum that I was going to Lagos. She looked at me as if I was a joker, and at that point, my dad had left us. I felt nobody could stop me. I met some friends, one of them gave me N10,000 and that was how I came to Lagos.We did not know where to sleep but one of my friends said he knew someone, and then we went there to sleep. The guy turned out to be a producer but his studio was so small. There was no bathroom or anything, it was just a room. I remember I used to take my bath outside the house. We would wake up early to have our bath. Then, we started having friends in the neighborhood. We became friends with a barber and we used to take our bath in his place because he had a bathroom in his house. It was a crazy life.

You have been dropping singles, when are we expecting your album?

Are you currently in a relationship?

I’m not in any relationship yet I’m not single. I am just focused which means I may be interested in a woman. However, I’m not ready for any commitment, because sometimes relationship holds back dreams. The last EP I dropped was called ‘Billionaire Ambition’. A lot of people thought it was all about music, but it was not. At this point in my life, I want to be a billionaire. Sometimes when you share some kind of things with women they slow you down.

Who is your ideal woman?

My ideal woman is different from the woman I am attracted to.

Can you recall your craziest experience with a female fan?

A girl tattooed my name on her body and I felt loved.

You have just signed on two new artistes. What about them?

I have learnt a lot and if I keep applying all I have learnt to myself, obviously I am going to get bigger. Again, I did not give myself this opportunity, someone gave me the opportunity. This is about giving back to people that are really talented and that could make something out for themselves as artistes and as stars too. That’s one of the reasons I signed an artist. The label has grown over the years and we have understood the market and the industry whereby we can successfully put a product out.

LK Kuddy is a star; there are so many qualities in him that the world has not seen yet. He speaks Hausa, Yoruba and English and he is a graduate. Any investor that runs into him will grab the opportunity that I did. His music is not for the Nigerian market alone, his music is for the world.

The other artist is an amazing singer. I met her at a concert where she performed before me, and she was amazing. After that, we met in Uyo. I went for a concert with my manager and there, I spoke to her about getting a first lady for my record label and she was like ‘okay’. Then I invited her for my concert and she killed the show. She later came to Lagos. She is half Ghanaian and half Nigerian. She also has the Ghanaian and Nigerian vibes mixed and she put everything from her culture into her music. Both artistes would soon release their singles and videos. So, everyone should watch out for them.

What is your advice for up and coming artistes?

Do what you love; stay out of drugs, knowing that determination is the key to success.

Don’t just be smart; be wise, that’s the only way you can succeed.