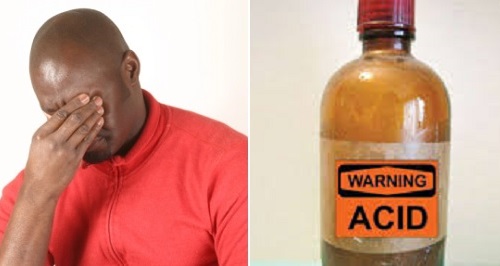 A Junior Secondary School pupil I of the Lekki British International School, Lekki, Lagos, has been expelled for allegedly putting sulphuric acid and ethanol in the water bottle of his classmate. Punch Reports.

The 12-year-old was allegedly envious of the 11-year-old female classmate, who had beaten him to the first position in the first and second terms.The incident happened around 1.30pm on Wednesday, June 14.

The school was planning for the third term exam when the 12-year-old allegedly sneaked into the school’s laboratory and stole the acid and ethanol,PUNCH Metro gathered .

He was said to have mixed the chemicals and poured them into the 11-year-old’s water bottle.Two pupils of the school reportedly caught him in the act and reported to the school management.

The suspect allegedly owned up to the crime, saying he had been planning it for sometime.

A member of the 11-year-old’s family said on Wednesday that despite the culprit’s confession, the school allowed him to sit for the third term examination.

When contacted the school management, an official, who did not identify herself, said the pupil had been expelled.

She said, “The boy has been expelled with immediate effect. The girl is in school and she is fine. We have zero tolerance for such misbehaviour.”