Ms Henshaw was reacting to the statement on Biafra map saga making the rounds on social media, which Fani-Kayode credited to her.

She called out Femi Fani-Kayode, who wrote an article on the statement, mentioning the actress’ name instead of Ken Henshaw, the original writer.

She said FFK should have gotten his facts right or contacted her to verify. The veteran actress made it clear that she will insult anyone, who brought her name closer to the statement.

She wrote via her twitter handle, “FFK I hear that your good self is writing a rejoinder to an article on Biafra credited to me. I am disappointed indeed!

“You at least know me even if by recognition and also know people who know me. Ken Henshaw is NOT Kate Henshaw.! At the very least sir, you should verify before writing emails and spreading it round. Thank you with regards.

“I will NOT hesitate to rain curses/abuses on anyone, friend or foe, who continues to credit THAT write up to me!! Get your facts right!!

“Trust and believe, I am not one to shy away from speaking my mind.. Get SENSE and STOP crediting the Biafra statement making rounds to me!” 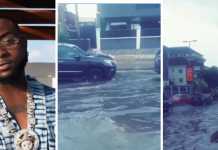