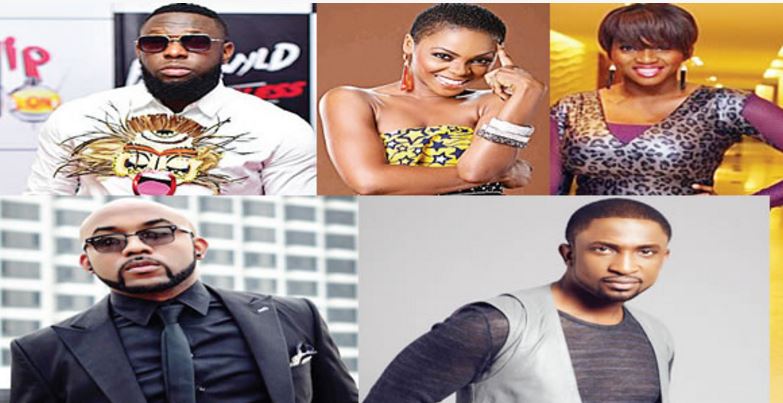 Many years ago, before they even thought of having a glint of spotlight directed at them, these singers adorned themselves in cassocks every Sunday and lined up inconspicuously with their counterparts as they rendered hymns and praises to God. Fast forward to today and they are the toast of the society with thousands of fans and followers. Saturday Beats focuses its beam light on artistes that horned their skills in church.

Dare Art Alade is the son of Nigerian Jazz pioneer, Art and Olapeju Alade. Fondly referred to as Darey, he honed his skills at an early age, singing with several choirs, including the National Troupe of Nigeria Choir and then the Cathedral Choir. From age 15, he began performing extensively in clubs around Lagos, Ibadan and other cities in Nigeria. His big break finally came during the 2004 edition of Project Fame West Africa, a well renowned reality TV show and continent-wide talent hunt and emerged third in the contest.

Self-acclaimed Egberi Papa 1 of Bayelsa is never shy to tell anyone who cares to listen that before he became the Ukwu crooner, he once used to sing songs to honour and please God. The iconic singer began his career as a chorister in a church in Bayelsa before he went in search of greener pasture and became a back-up for Eedris Abdulkareem for three years. He later left to explore his music career and the rest is history.

Singer and actor Banky W was also a choir boy. Born in the US to Nigerian parents, his singing career began when he was eight years old from the church choir. After his secondary school education, he bagged a scholarship degree in Engineering at the Resselaer Polytechnic institute and while in college, he came into limelight when he won the Albany Idol Competition. The co-founder of EME is also a certified film maker.

Sonorous songstress, Aituaje Iruobe fondly referred to as Waje, first wormed herself into the hearts of many music lovers in Nigeria when she featured in P-Square’s smash hit single, ‘Do Me.’ She was also featured on Banky W’s “Thief My Kele” and M.I’s “One Naira”. In 2016, she was one of the four judges in the inaugural season of The Voice Nigeria. However, before fame came her way, she attended the Word of Faith Group of Schools and joined the choir. As a young singer, she once sang gospel tunes to the delight of the late Archbishop Benson Idahosa of Church of God Mission International. Archbishop Idahosa was quite impressed by her singing and decided to help her throughout her secondary school days.

In 2010, she rose to stardom after winning the third season of Project Fame West Africa and in 2012, she won Best Female West African Act at the Kora Awards where the singer performed “Kedike” at the ceremony. However, before all the accolades, the young lady singing at the age of six and joined her church choir at 10. She was a chorister at the Foursquare Gospel Church prior to winning Project Fame West Africa in 2010. Interestingly, even after she emerged winner of the competition, she continued in the church choir.