Singer, Fakz The Bahd Guy is a trending topic on Nigerian twitter.

Earlier in the day an interview he granted where he called on fellow entertainers to stop glorifying fraud and fraudulent people with their music and lyrics went viral.

According to him, this behaviour, serves as a bad example for the younger generation.

Now Nigerians on social media are calling him a hypocrite for saying this after Davido insulted and called out Dele Momodu on a song owned by Falz himself.

See the tweets below:- 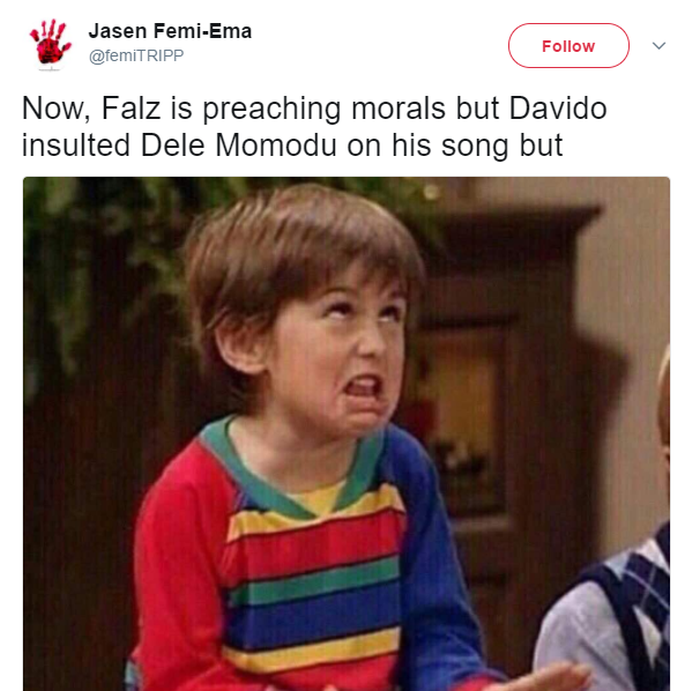 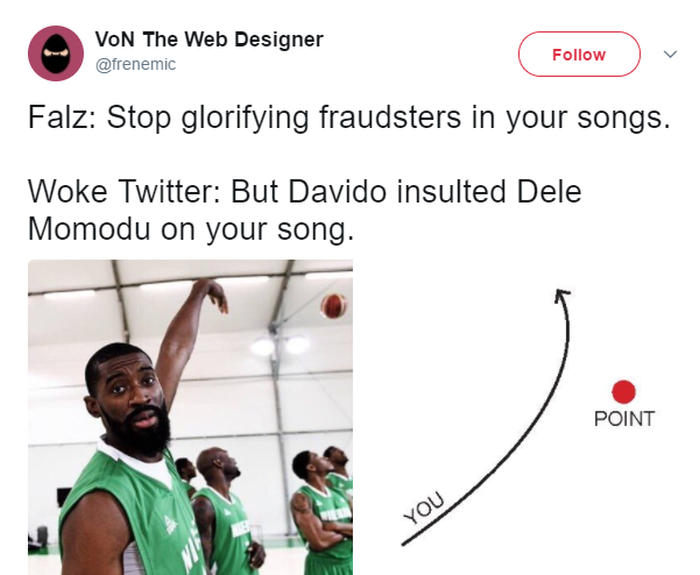 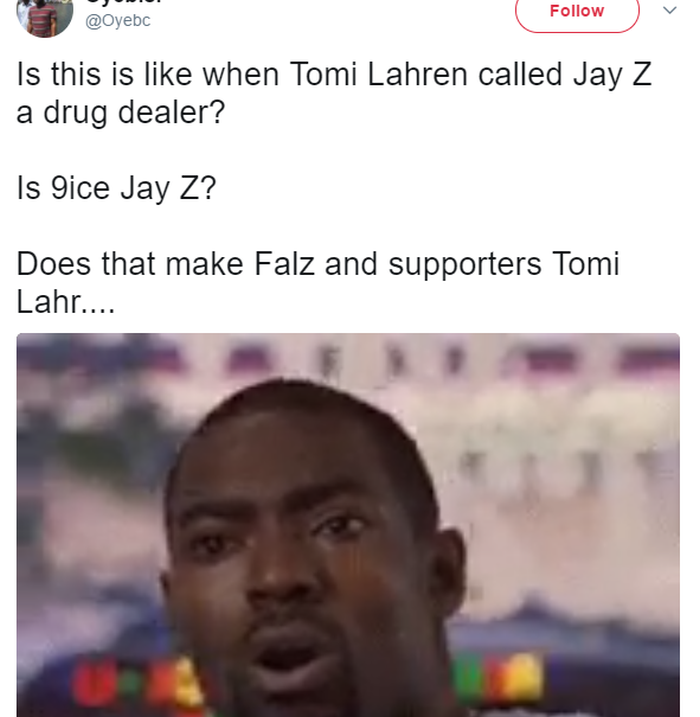