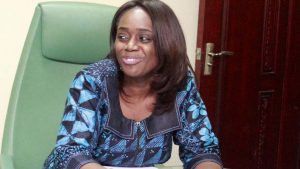 A foreign investigation agency have been engaged by the Federal Government to help discover all stolen funds originating from Nigeria to different parts of the world, this was made known by the Minister of Finance, Mrs. Kemi Adeosun,

Adeosun stated this while in a keynote address at the Nigerian Stock Exchange-Bloomberg CEO roundtable in Lagos.

She said, “We have just 40 million active taxpayers out of an estimated 69.9 million, who are economically active in Nigeria. And of that 40 million, the majority are PAYE (Pay As You Earn), that is, those who have their tax deducted at source.

“Among those who are even paying taxes, there is widespread malpractice that results in only part of the actual income being subjected to tax.”

She noted that the Federal Executive Council on Wednesday granted permission for the Ministry of Finance to sign the global convention on base erosion and profit shifting that allowed companies that generate profits in Nigeria to evade taxes by shifting the profits to countries or jurisdictions where little or no tax was payable.

“These practices harm Nigerians and must stop,” said the minister, who described the nation’s tax to Gross Domestic Product ratio of six per cent as one of the lowest levels in the world.

“We have a lot of work to do if we are going to build a sustainable revenue base that will deliver the growth we desire. Even within our tax-paying community, only 214 people in the entire nation pay taxes of N120m in spite of having some of the richest people in Africa and some of the best capitalised companies in Africa; only 214 in the entire country, all of who are in Lagos State,” the minister stated.

Adeosun said the issue of tax evasion must be addressed aggressively for the country to grow, adding, “And to do so, we will have step on some big toes, and we will need to step on them hard. But we really have no choice.

“Those who have more must carry their fair share of the tax burden, and so to this end, for the last 15 months, we have engaged in a huge data-gathering exercise. We have engaged one of the world’s leading global investigating agencies and we have traced funds originating from Nigeria to all parts of the world.”

The minister said the illicit flow of funds out of Nigeria was harming the country, adding, “It deprives us of essential funds and those same funds are then used to finance developments in other nations. This must stop.”

Speaking on the nation’s debt profile, she said the government would always have a conservative appetite for borrowing.

“However, in the short term, we will all have to bear the discomfort of an imbalance between our debt service and our revenue as we exit the recession and return to growth,” Adeosun added.

While describing more efficient revenue mobilisation as an important financing strategy, the minister said, “I am sure you are aware of the controversies about the amount of money that we are using to service our debts at the moment. The solution is revenue; if we have more revenue, we will borrow less.

According to her, the nation’s infrastructure deficit is so deep and so critical, and government cannot do it alone, even if the entire budget is dedicated to capital projects.

“So it is critical that we will engage with the private sector and to this end, we intend to revive public-private partnership in Nigeria,” Adeosun stated.

She said the government was reviewing the PPP framework as well as trying to resolve outstanding issues with existing and even failed projects.