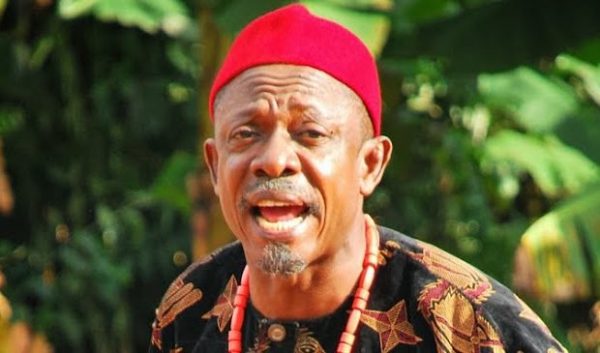 Veteran Nollywood actor, Nkem Owoh, popularly known as Osuofia, has stated that marginalization was a key cause of the agitations by some Igbo groups.

He said the only way Igbos will be happy to stay in Nigeria was if the country can live in justice and equity, by giving the Igbos their rights.

He also said that if Igbos were treated like people of other parts of the country, they will give staying in Nigeria a try but since the actions of Nigerian authorities towards them is not ‘accommodating’ “then we say staying on our own is best for the long term.”

Osuofia, who spoke in Igbo language, said this in an interview with Ugwumba TV.

According to the 59-year-old Enugu-born thespian, “If Nigeria wants to reorganize itself and live in justice and equity, why not give it a try, but if our people have checked everything, right from the end of the war, to the 3 Rs which I did not see any till now, then we will say staying on our own is best for the long term.

“We all have to come together and support it.

“Nnamdi Kanu and his group have been peaceful so far, but it pains me so much when I read and watch videos of how police and soldiers attack our young ones, it broke my heart.

“Be wise, there is nowhere food is cooked and kept ready for you, if you want to use your people and do politics, let me say this to you, what is coming, you will feel like you are immune to it, but you will be the first one to be cut out and reduced to nothing.”

Reacting to the call by the coalition of Northern youths for Igbos to vacate the region in 3 months time, “Osuofia” said its better to for Igbos to start coming back early before the war will overtake them.

He said though it is difficult for one to abandon his investments, he maintained that life is more important than property and wealth.