The relationship between Rob Kardashian and Blac Chyna may be over if the leaked chat between him and an upset woman is real.

The drama started when Daily Mail published the photo of Chyna FaceTiming a mystery man who was later identified as a scammer called ‘Ferrari’. Apparently, Chyna is friends with this man, and allegedly, Rob asked to know who the man was but Chyna refused to divulge his identity.

But things escalated when Ferrari’s baby mama Bonita saw the Daily Mail publication and went ahead to blast Chyna on her Instagram. Rob contacted Bonita, and in their chat the Kardashian went absolutely apeSh!t on Chyna.

From the chat, the upset boyfriend slams the mother of his daughter and dismissed her as a ‘hoe’, claimed to own the cars Chyna presently drives, while also adding that he feeds Chyna’s mum.

Also, from the alleged chat, Rob Kardashian claims Chyna forced him to make recent public appearances with her all just for media attention. And now, he is done with her.

“I’m done giving her shine. I’m too good a man for all this,” he said in the chat.
A check of his Instagram shows he has wiped every traces of Chyna from it, save for the photos of their daughter Dream Kardashian.

Will Chyna react to this shocking call out? We wait! 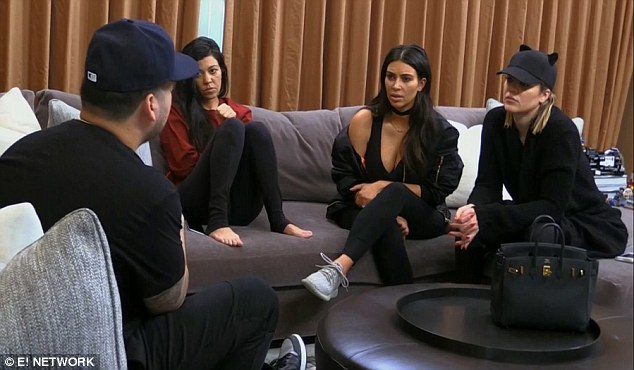