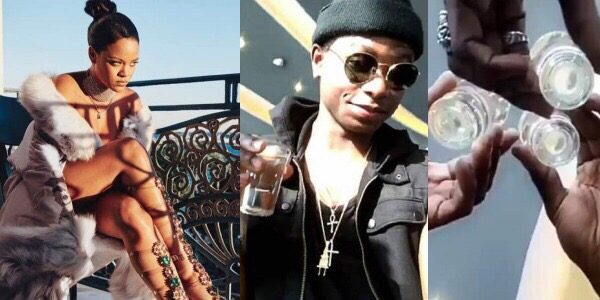 Just as Davido reported that Christiano Ronaldo followed him on Instagram, Lil Kesh has made a similar announcement about Rihanna following him on the photo sharing site.

The rapper, who recently released a video to his hit single “Fake Love” made a video announcing that the Barbadian hit maker is one of his million plus followers.

He said “Rihanna just follow the boy, am unfollowing everybody, i dont need nobody nomore”

However, on further investigation, it was discovered that the happy mood is nothing but a publicity stunt as Rihanna was clearly no following him.

Guess, he just needed to take a shine from Davido’s hit with C.Ronaldo.

At least, we know that Lil Kesh is a big fan of the ‘B*tch Better Have My Money’ singer.