Did Dammy Krane Followed Davido and Other Artiste?

Davido has really got the back of his music label’s artiste, Dammy Krane, as a new photo of the music stars having a video chat just emerged.

This is coming after Dammy Krane was released from jail, following his arrest for credit card fraud in Miami, United States. Davido also supported him during his arrest.

Don’t be misled by the Headline, Davido called him a Motherf*ucker during their Live chat after Dammy Krane was released from prison.

See the Screenshot below:- 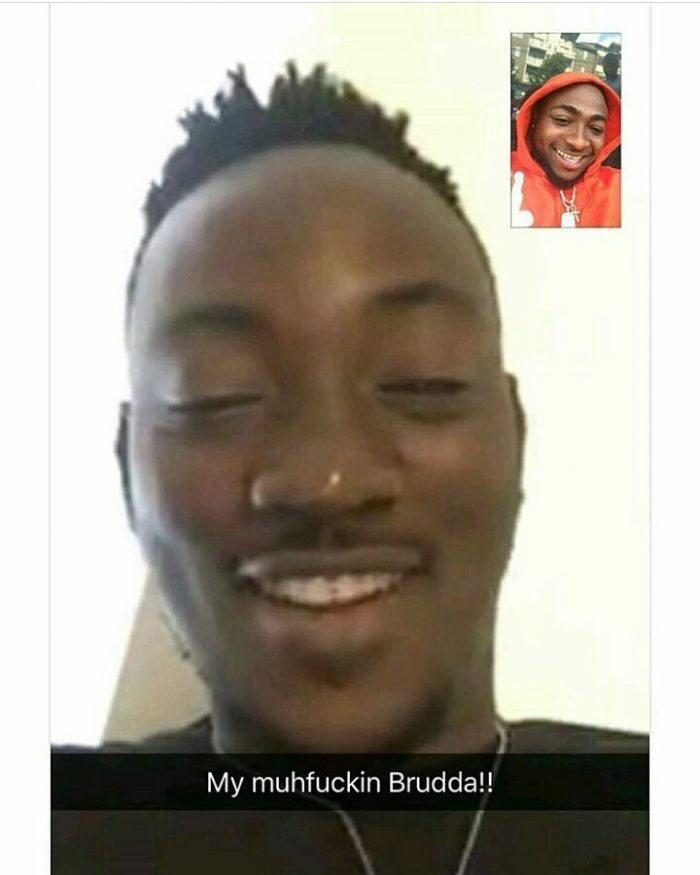 God Bless OBO for his immense support on Dammy’s Case!