Home National News Sperm can help detect, if your partner is cheating on you
Facebook
Twitter
WhatsApp

If you think your partner is cheating on you, your sperm is capable of letting you know for sure!

According to clinical sexologist 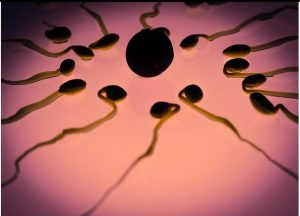 , Dr. Lindsey Doe, up to 40 per cent of male ejaculate is made up of so-called ‘kamikaze’ or ‘fighter sperm’ designed to prevent another man’s sperm from fertilising the egg.

When a man suspects that his partner is being unfaithful, the number of these aggressive sperm increases to tackle the perceived threat.

Explaining the phenomenon, Doe says, “Researchers have looked into the microscope and seen that maybe we have what are called kamikaze sperm; killer sperm; fighter sperm.

“This is because 40 per cent of sperm that is in an ejaculate are actually designed to fight off another man’s sperm.”

This means the fighter sperm isn’t designed to fertilise the egg. Instead, it’s included purely to prevent another male’s sperm from doing so.

Dr. Doe describes this method of preventing other sperm from reaching the egg as ‘blocking.’

The fighter sperm use their tails as coils to set up traps by weaving them together to create walls and barricades.

Doe added that some fighter sperm would go and attack any sperm it sees as a threat in order to kill them.

These fighter sperm are referred to as ‘kamikaze sperm.’

When males suspect their partners are not being monogamous, Doe said, their body will produce more ‘fighter sperm’ as the threat is perceived to be greater.

This does the job of increasing the level of protection against sperm from other males; but it can significantly reduce the number of sperm whose job it is to fertilise the egg and therefore reduce the chances of the female getting pregnant at all.

However, Dr. Doe did explain that this theory, known as sperm competition, is under debate and some deny happens at all.