One of the selling points of the fresh episodes of Curtis Jackson’s blockbuster movie – Power is a racy s*x scene involving a married woman which has put her under fire.

She’s had a turbulent year, separating from husband of 13 years Carmelo Anthony earlier this year after he allegedly impregnated another woman.

However La La Anthony looked to be bouncing back, with her acting career going from strength to strength as new scenes in Monday night’s hit series Power proved.

The actress, 38, sent tongues wagging as she went topless for racy s*x scenes, which she later defended during an honest interview about her break-up.

The scenes saw La La’s character, LaKeisha Graham get steamy with Tommy Egan, played by Joseph Sikora. Their low-key relationship, which emerged in the show’s latest series after he helped protect her from a drugs sting, has seen a number of s*x scenes over the previous weeks, but the latest was arguably the raunchiest.

With Tommy collecting her from her hair salon, the two quickly got down to business on her sitting room couch, with passionate scenes seeing the green-eyed beauty going topless.

Similar to her real life character, she plays a separated mother of a son, and at one point reproaches Tommy for not looking out for them as a family.

And the scenes, which La La admits she previously warned Carmelo about though they haven’t addressed them since, certainly raised a few eyebrows.

But speaking on the 105.1 FM’s The Breakfast Club show, Lala defended going topless. 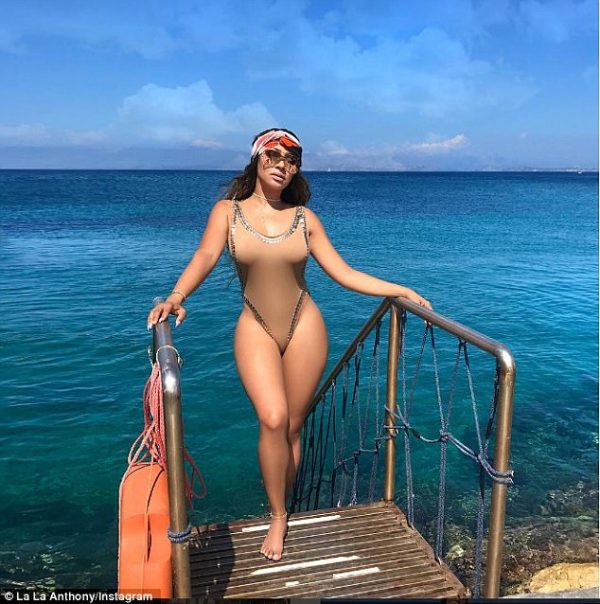 ‘I want to address this once and for all. The problem is people don’t know how to separate Lala from LaKeisha—that’s my character on Power,’ she explained.
‘My character is currently in a relationship with Tommy, and when you’re in a relationship, you have s*x and you take your top off. You don’t have s*x fully clothed. If I am a true actor, then that’s what I’m going to do,’
Speaking about whether she has addressed the s*x scenes with ex Carmelo, she admitted: ‘I try not to bring it up.’ 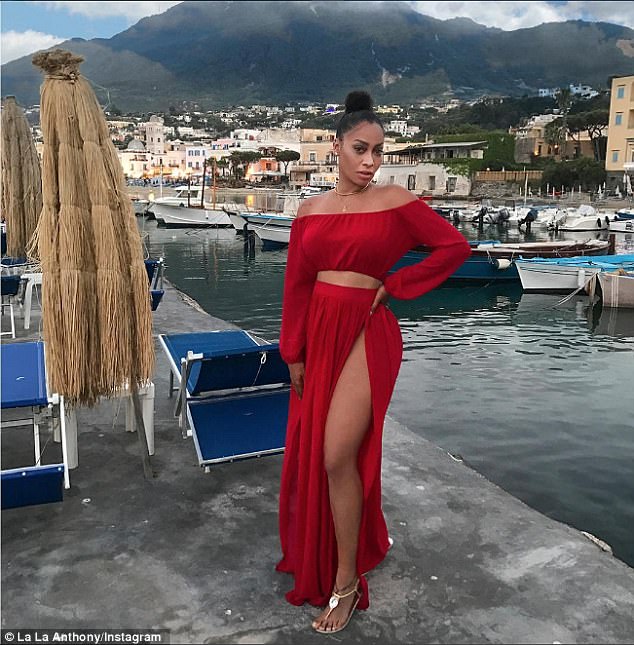