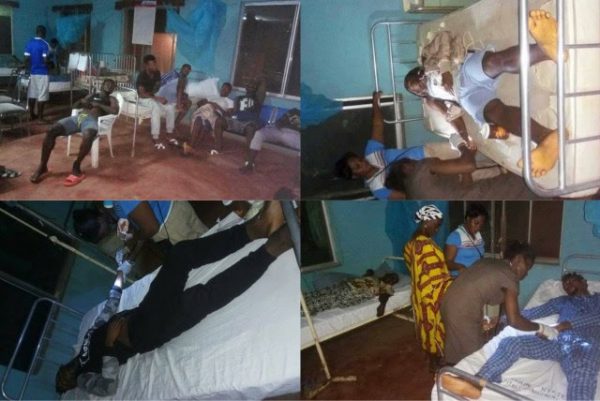 13 players, goalkeeper trainer and media office of the Remo Stars Football Club were hospitalized after food poisoning hit the club.

Situation was so bad that their Nigeria Professional Football League clash against the Anambra Warriors of Ifeanyi Ubah Football club meant to hold yesterday Sunday was called off.

Players of the Sky Blue Stars were struck by food poisoning prior to the top-flight match against the Anambra Warriors with 13 players hospitalised. .

”It’s such a disastrous incident we have prepared well for the game against Ifeanyi Ubah,” Onikute said in a statement.

“The players were resting after their dinner which was a meal of semovita and egusi – only to get a call that they are in pain and we had to rush them to the Ikenne Health Centre.

“13 players were affected as well as the goalkeeper trainer and media officer. It is sad this is happening to us on the eve of a vital match against Ifeanyi Uba,” he concluded.