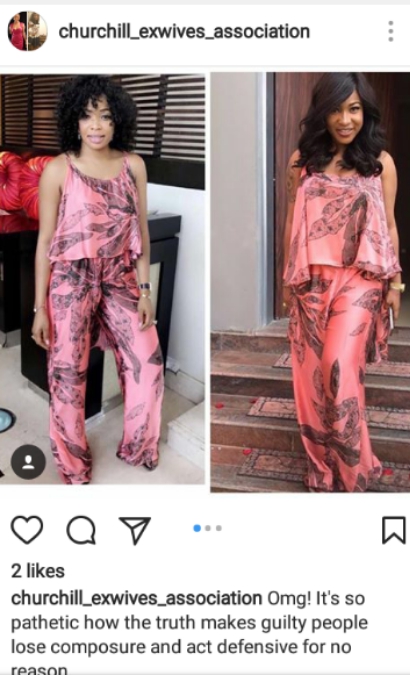 According information revealed on instagram page @churchill_exwives_association with reference to interview granted by Tonto Dikeh, shows she been having lesbian affairs with her partner one Yutee, a well known bisexual in Abuja metropolis and beyond. The video further revealed that she packed out from the ex- husband house with nothing and all she had was bought by her supposed lover Yutee. 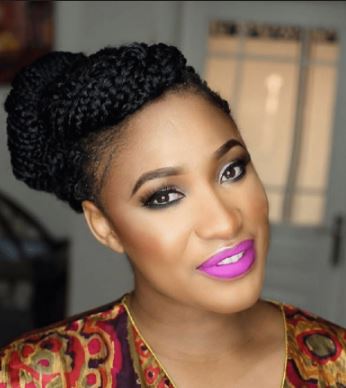 The instagram page further claimed that the controversial actress Tonto Dikeh has history of wayward and reckless lifestyle of smoking, lesbianism‎ and flirting before she got married with the believe that she has found God. The lesbian lover Yutee Rone is believed to be an Abuja Based fashion designer married to notable billionaire who manages legitimate oil firm. Rone has sometime according to the shocking instagram post, that she had flings with a married Hollywood Actress ” Natalie Nunn” 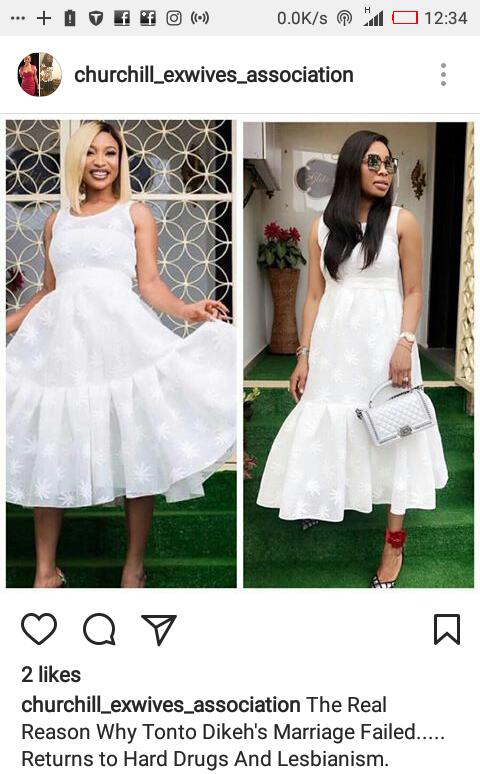 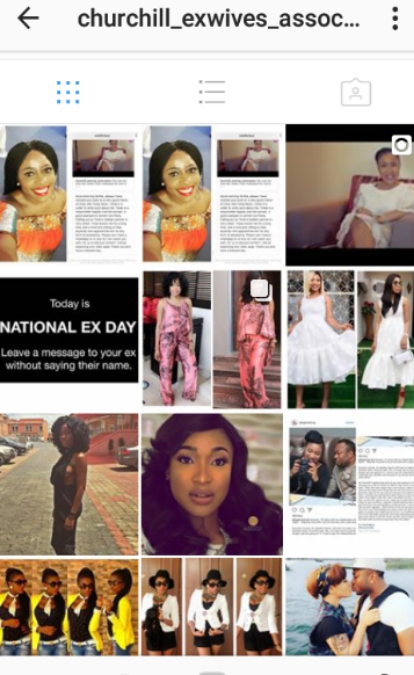 The mind blowing report did not spear the ex – husband of the two women in the account above Churchill Olakunle. As he was blamed of travelling over ‎the places in the name of business at the expense of the sanctity of his marriages. It was sighted that his continued absence from the presence of his ex- wife Tonto Dike whose bride pride he collected back recently, could have been the reason for her obsessed and insatiable urge for sexual pleasure. 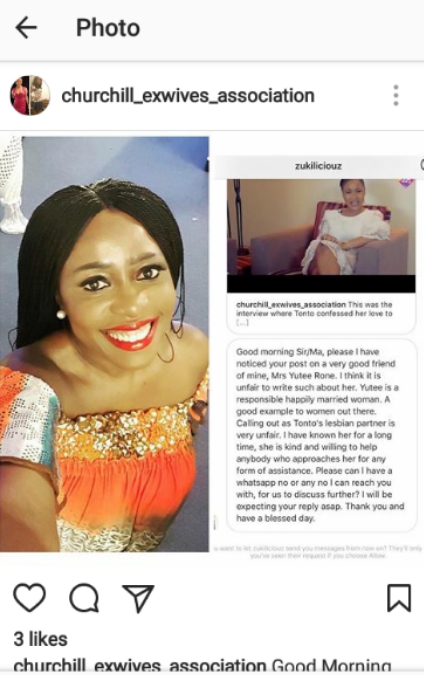 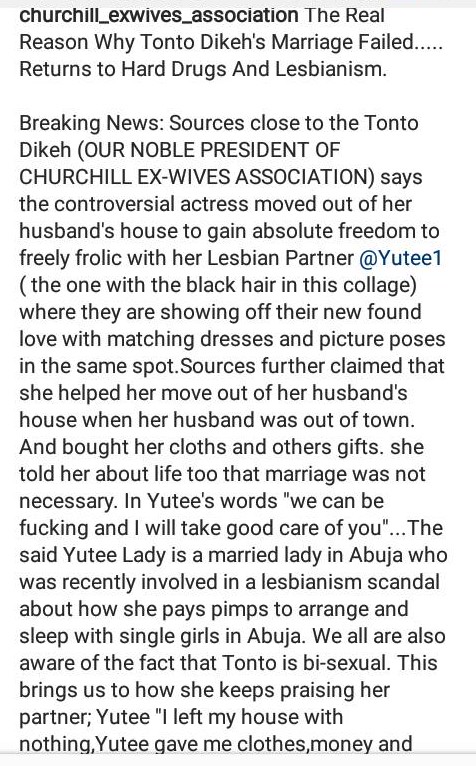