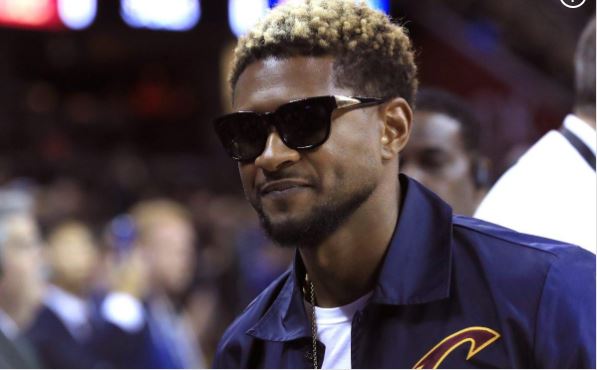 The STD scandal hovering around Usher Raymond is growing as more women have come out to claim the 38-year-old singer infected them with Genital Herpes.

Recall the scandal erupted last week when court documents leaked to gossip tabloids revealed Usher paid a $1.1 million settlement to one of his ex-wife, Tameka Foster‘s bridesmaids, followed by another Atlanta woman who stepped forward accusing him of infecting her with genital herpes.

Now Blac Chyna‘s lawyer Lisa Bloom on Twitter has revealed that she has been contacted by “three more women” who accuse the R&B crooner of infecting them with STDs.

“How much unprotected sex did Usher have after his herpes diagnosis? Women are reaching out to me. How dare he endanger women’s health?”

“Endangering women’s health by having unprotected sex with herpes? Three women have now reached out to me about Usher. Stay tuned,” she wrote on Twitter

The court documents indicate that Usher was diagnosed with Herpes Simplex 2 virus in 2009, an infection which currently has no cure.

The court documents describe Usher leaking a green discharge, which is more commonly associated with gonorrhea than herpes. 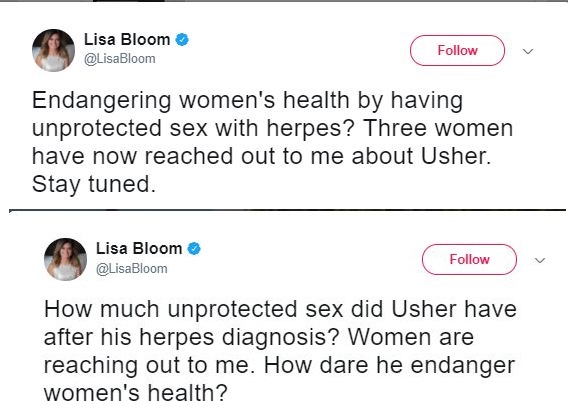