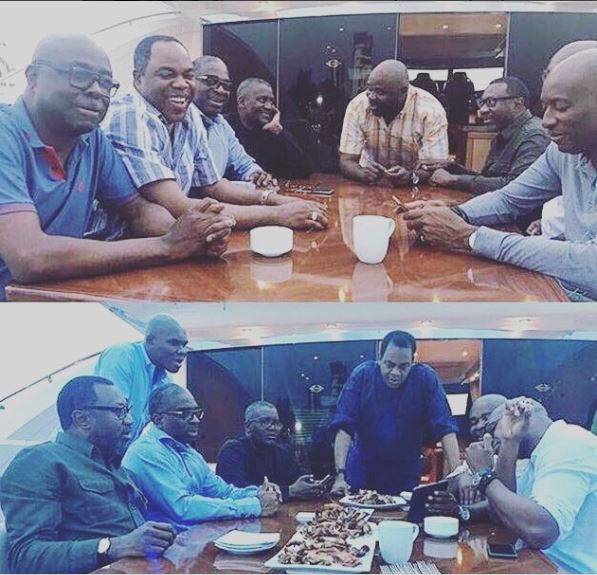 Nigerian Musician and youngest son of afrobeat Legend, Fela Kuti has reacted to a viral photo of Africa’s richest man, Aliko Dangote and his friends celebrating by calling them ‘bloodsuckers’ .

I see people trying to put a positive spin on this image but what I see is a group of people with a combined debt of 2.5 trillion Naira( as just released by Amcon) which is used to buy a lavish lifestyle and paid for by tax payers. How can people owe sooo much and still be allowed to keep all their luxury while the tax payers are footing the bill. Y’all can celebrate these blood suckers but I have NO LOVE!!!! #naijaresistance