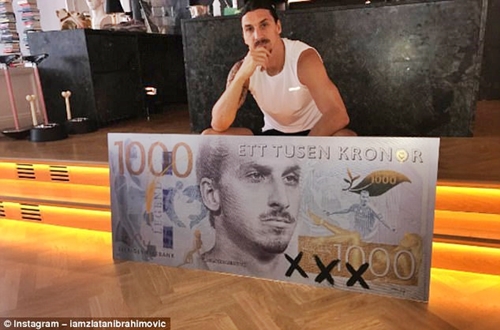 Swedish professional footballer, Zlatan Ibrahimovic, who played as a striker for Manchester United in last season’s English Premier league, has attained living legend status in his country as he has just being immortalised with his face on currency after being represented on the 1,000 kroner note by a Swedish artist.

According to a report by Dailymail, he former Barcelona and Juventus striker who is also in a statue outside the country’s national stadium, seemed impressed with the piece, made by photographer Bingo Rimer.

Ibrahimovic who shared the photo showing him posing with a blown up version of the note on Instagram, captioned it; ‘You have Benjamin Franklin and you have me,’ referring to the statesman whose likeness adorns the $100 note in the US. 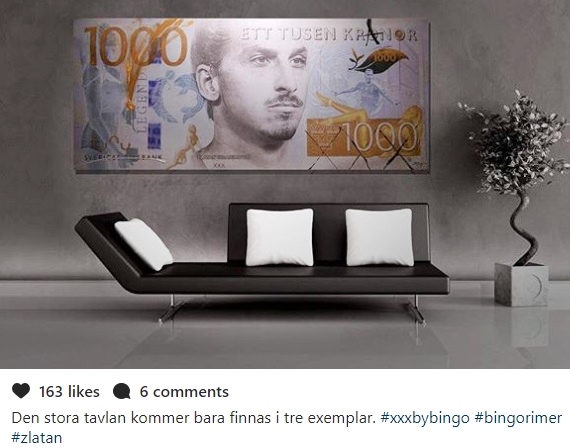