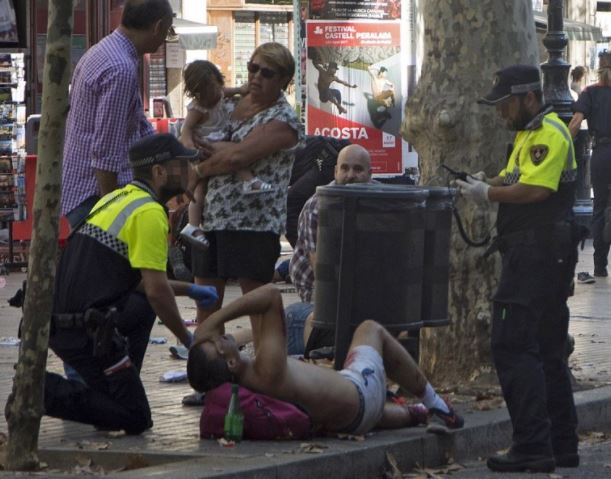 This afternoon, a van in Barcelona plowed into pedestrians after which two men stormed out and entered a restaurant with guns.

The death toll from the horific terror incident has now risen to 13 with over people still injured with local police confirming that the incident was a terror attack; they have arrested one man.

Footages emerging from the scene show police cars and ambulances near the Las Ramblas tourist district, a busy tree-lined promenade in the centre of the city. Horrifying footage shows dozens of victims lying injured on the floor.