Naij.com published an editorial on Olamide’s new song Wo and the tagged him as a razz artiste. 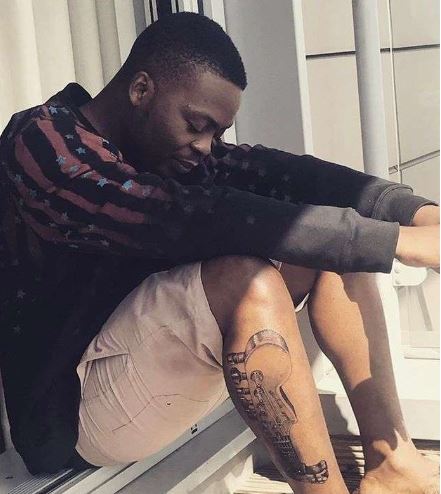 Read the piece below;

Olamide’s latest song Wo may be his way to be at the top of the Nigerian music food chain again. Simply put, the song is an ode to the streets.

This year, Olamide hasn’t really hit the heights many expected him to reach based on his track record of being a serial hit maker. I mean, Olamide was the guy who gave us hits like Who you Epp and Bobo.

Those songs will always make sure he is never forgotten in the Nigerian music industry. After the release of his 6th studio album Eyan Mayweather in 2016, the dad of one has struggled to release that mega hit song that would get him to the level of Wizkid and Davido musically.

In the time Davido released If, and Wizkid released Come Closer ft. Drake, the YBNL boss has released about five songs – Journey Of A Thousand Miles, Letter To Milli, Pepper Dem Gang ft. Davolee, Wavy Level, and Summer Body with Wavy Level and Summer Body being the most recent.

Both songs were poorly received by the public with Wavy Level garnering over 720,000 views on YouTube and Summer Body having 1.4 million. Abysmal numbers for a musician of Olamide’s status.

But all this is about to change with the release of Wo, his latest single. So far, the song has received mostly positive reviews with many praising the fact that Olamide has gone back to his roots.

He may have embraced a pop style of making music, but what made his music different from others is how he manages to blend everyday living on the streets in his lyrics. Criticise his ‘razz’ style, but If you wanted to know the latest street slangs all you needed to do was listen to his songs.

This was missing on his recent releases but with Wo, he has gotten his groove back. The Young John produced track has even spurned a social media challenge (the #Wochallenge).

Winners stand a chance of winning N1million and a chance to appear in the video. Perhaps the song will be Olamide’s redemption.

Badoo got to read the article or maybe he saw the tweet alone and he gave a cheeky reply of “Happy New year”, which of course means, it’s no news, that everyone knows he’s a razz musician! 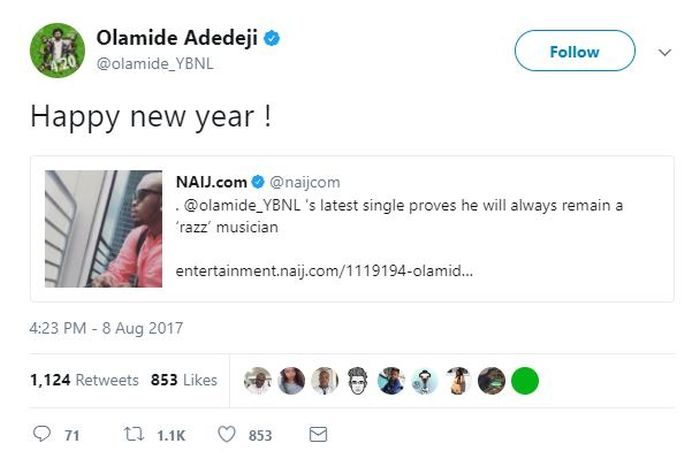