Home News Feed This Traditional Ruler Bagged A Law Degree At 73
Facebook
Twitter
WhatsApp
A traditional ruler in Ogun State, stunned people with his resilience and drive for success after he bagged a Law degree at the age of 73. 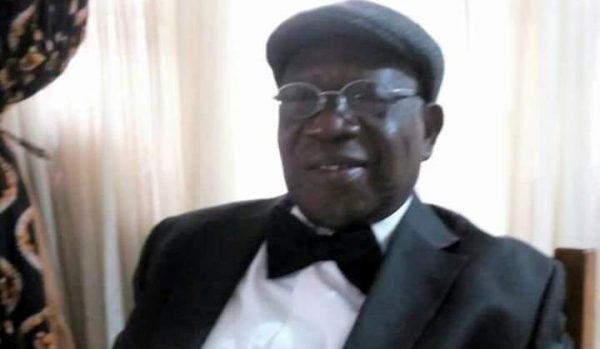 Olufemi Ogunleye, a traditional ruler in Ogun State, has obtained a degree in Law at the age of 73.
According to Premium Times, Mr. Ogunleye, who is the Toluwade of Akinale in Owu Kingdom of Egbaland, graduated with a Second Class Upper degree from Crescent University, Abeokuta, an institution founded by Bola Ajibola, a former Nigerian Attorney-General and ex-judge at the International Court of the Justice.
The traditional ruler was a veteran journalist before mounting the throne, having served with the Daily Times for over a decade and as Group Public Relations Manager of the defunct Nigeria Airways.
Speaking with Premium Times, Mr. Ogunleye disclosed that it took him five years to bag the degree.
“It was a five-year programme. We are the pioneer Law students of Bola Ajibola College of Law of the Crescent University, Abeokuta, which was established in 2005,” he said.
Mr. Ogunleye further disclosed that the university graduated 39 Law students in his set, one with First Class, 16 with Second Class Upper, 14 with Second Class Lower and three with Third Class.
He said six students in the set could not graduate.
The traditional ruler who was the oldest among the law students, said: “Six candidates had reference and will not graduate this session.”
He said his love for education saw him through the challenges of the programme.
“I enrolled for Diploma in Law at the university in 2012, to break the monotony of traditional mundane palace paradigm. But with an Upper Credit at the end of the Diploma, I was offered a direct entry to 200 Level, which now saw me acquiring an LLB degree with Second Class Upper,” Mr. Ogunleye said.
“By graduating in Law at 73, I have thrown a challenge to the youth and other senior citizens that there is no age barrier to educational advancement,” he said.
He commended the university for turning out graduates he said have been excelling in various professional careers.
“Several outstanding students from various disciplines – Business Administration, Finance and Accounts, Political Science, Architecture, Mass Communication – have graduated from the university and are making waves in their respective fields across the world,” the fresh law graduate stated.