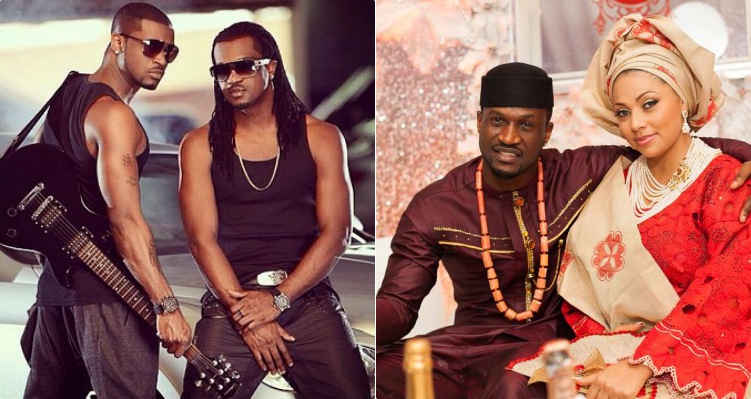 The split between the famous Psquare brothers is now apparently official. Just yesterday, a letter written by Peter (Mr P) to the duo’s lawyer, Festus Keyamo, was leaked. In the letter, he asked for the termination of his contract with the duo.

As if the leaked letter was not enough to convince fans about how serious the rumblings in the Psquare camp is, a video got released today showing Jude (elder brother and manager of the twins) threatening to ensure Peter ends up in a coffin if he should ever set foot in his house. While the threat from Jude continued, Paul (Rudeboy) was seen saying ”shame on you” to Peter’s face.

Yesterday, Jude’s wife delivered a baby girl, a news that helped divert attention from the feud in the Psquare circle.

Lola Okoye, Peter’s wife took to Instagram to congratulate her brother in-law only to be met with comments from social media fans accusing her of being the reason why the Okoye family are beefing each other. Some even went tribal about it.

Read comments dropped on her page below…