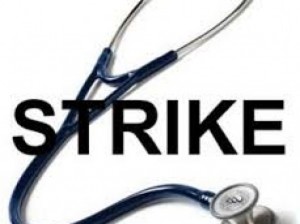 The proposed  nationwide industrial  strike by the National Association of Resident Doctors, NARD, has suspended, according to the Minister of Labour and Productivity, Chris Ngige, was quoted by Channels Television as saying on Friday that the doctors suspended the strike after a meeting.

Mr. Ngige said the meeting would continue on November 2.

The resident doctors had earlier threatened to go on strike from September 4, if the federal government does not meet their demands including their immediate enrolment in the Integrated Payroll and Personnel Information System, IPPIS.

“Neither the federal nor state governments has shown commitment to the resolution of issues at stake nor honoured previous agreements,” the head of NARD at the University College Hospital, Ibadan, said in a statement.

“Consequent upon this, the association resolved to proceed on a total indefinite industrial action from Monday, September 4, 2017, until all these issues are permanently resolved.

The NARD is, however, yet to formally announce the suspension of the strike.