Seyi shared new playtime photos with his daughter, Tiwaoluwa. despite the bullying she gets from controversial blogger, Kemi Olunloyo, in a post, alleged that Seyi Law’s daughter, Tiwaloluwa, is obese and diabetic. The comedian fired back immediately and described Olunloyo as a bully who was hating on his daughter. Some persons mediated in the online battle and both parties seemed to sheathe their swords. But days later, Olunloyo made another post in which she insisted that Tiwaloluwa wasn’t healthy and that a relative of Seyi’s wife in London had told her that Tiwa indeed had Type 1 diabetes.

However, Seyi refuted Olunloyo’s claims in an exclusive chat with Sunday Scoop. He said, “This is just a case of a person who has refused to seek help. It is obvious that Kemi has decided to bully my daughter. Bullies usually fight people who are within their age bracket and people who have the same body size as them. For her to attack my daughter only means that she is unwell. Who bullies a young child? Never have I seen someone her age bully a child as young as my daughter who is barely a year old. I have decided to ignore her rants. She also made some obnoxious claims about my daughter’s health. But when you’re a man that wakes up every day, knowing the only reason your daughter visits the hospital is to take her vaccines, you have every reason to be grateful to God.

The comedian wrote;
“The work ends when I get home. Tiwa owns Daddy.Daddy loves Tiwa.” 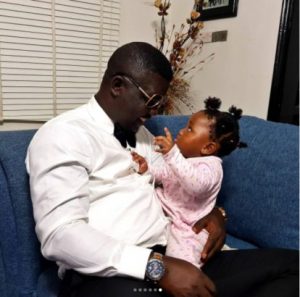 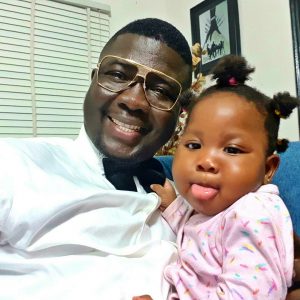 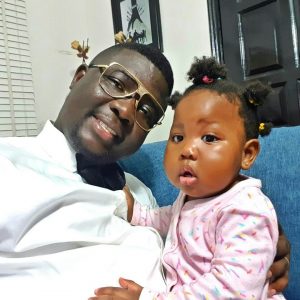 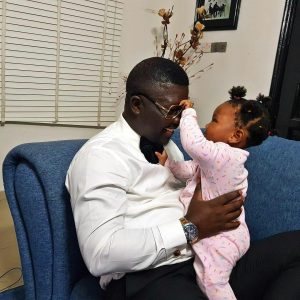 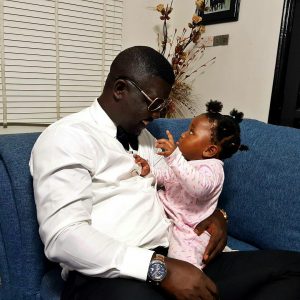