An Ohio fire department has suspended one of its volunteer firefighters for a racist Facebook post suggesting he’d prefer to save a dog in an emergency than a black person. 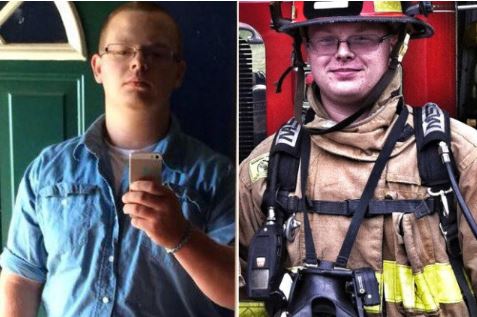 The volunteer for Franklin Township, identified as Tyler Roysdon, wrote that if he had to choose between saving a dog or a black man from a burning building, the dog would get priority, because “one dog is more important than a million n****rs.”

Once the township officials discovered the post, Roysdon was suspended indefinitely, according to local station WHIO-TV.

They then released an official statement about Roysdon on Thursday, confirming that he was suspended until the township’s board of trustees can meet to determine his fate;

The firefighter was suspended without pay until the Board of Township Trustees could meet to determine a course of action. Chief Bishop does not have the authority to terminate employees.

Termination of any township employee requires a vote by the Board of Trustees.”

According to HuffPost, who reached out to Roysdon, he did not immediately respond.

A woman who identified herself as Joei Frame Roysdon told WXIX-TV that she was Roysdon’s wife and said;

“He admitted that he said things that were wrong and apologized.”

“Everyone deserves a second chance and is also entitled to their own opinion.”