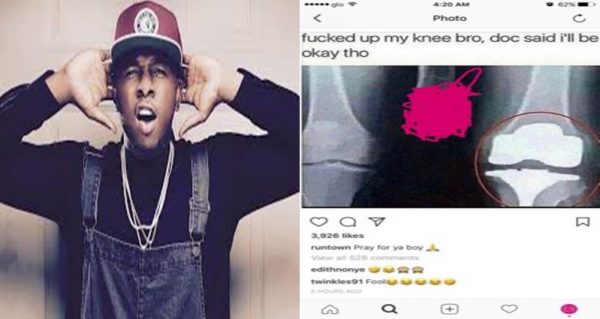 Nigerian musician, Runtown has been trolled on social media by his fans after he shared a photo of his X-ray which also revealed his d*ck.

The ‘Mad over you’ crooner shared the image to disclose that he had an accident which gave him a knee injury.

On seeing the picture shared by Runtown, his fans were most concerned with how the image actually revealed his eggplant, which he tried hiding with a paint.