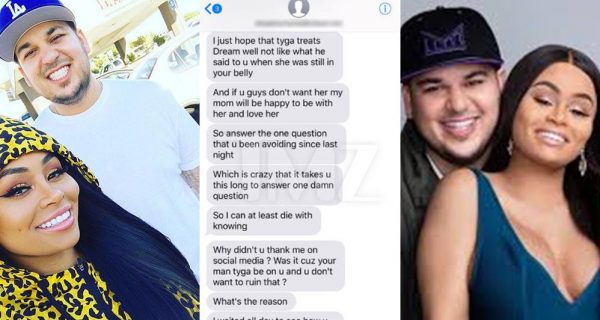 Blac Chyna and her baby daddy, Rob Kardashian have been going back and forth with allegations over who was more violent in their turbulent relationship.

After it was reported yesterday that the reality TV star sued the Kardashian-Jenner family for sabotaging her reality show with E!, blaming them for using their influence to end the show which she basically got because she was dating their only brother, Read here she has also now publicly released the sucidal texts that Rob allegedly sent to her.

The chat is quite disturbing, as Rob accuses her of trying to get back with her ex, Tyga, who at that time was supposedly dating his half sister, Kylie Jenner.