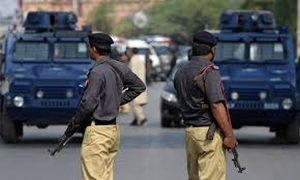 The Pakistan government on Monday confirmed the death of two Chinese nationals who were killed in Southwestern Balochistan province days after they were kidnapped from Quetta, the Provincial Capital in May.

“The DNA reports have confirmed that the two persons killed in Balochistan in June were the same two Chinese nationals, who were kidnapped from Quetta in May, Pakistan’s Foreign Ministry said in a statement.

The statement said that the government of Pakistan expressed deep shock and grief on the brutal act of terrorism, and extends condolences to the government and people of China.

The government of Pakistan also sympathised with the families of the victims.

“The Government of Pakistan would continue to conduct a thorough investigation and apprehend the perpetrators of this crime to bring them to justice,” the statement said.

It said Pakistan strongly condemned terrorism in all its forms and manifestation.

“We are grateful to the Government of China for its strong support for our fight against the menace of terrorism,” the Foreign Ministry said.

It said Pakistan would continue to work with China and the international community to enhance counter-terrorism cooperation as well as regional and global peace and security.

Reports said the couple who were teaching Chinese in Pakistan was kidnapped in May by unidentified gunmen in Quetta.

The kidnappers, disguised as policemen, initially took away three Chinese, two women and a man, but a passer-by helped one of the women escape.

The Pakistani side provided China information in June that the two abductees were “probably dead.’’

Chinese Foreign Ministry spokesperson, Hua Chunying, in June, said that China opposes terrorism in any form, adding that the country would continue to support Pakistan’s efforts to fight terrorism and safeguard national stability.